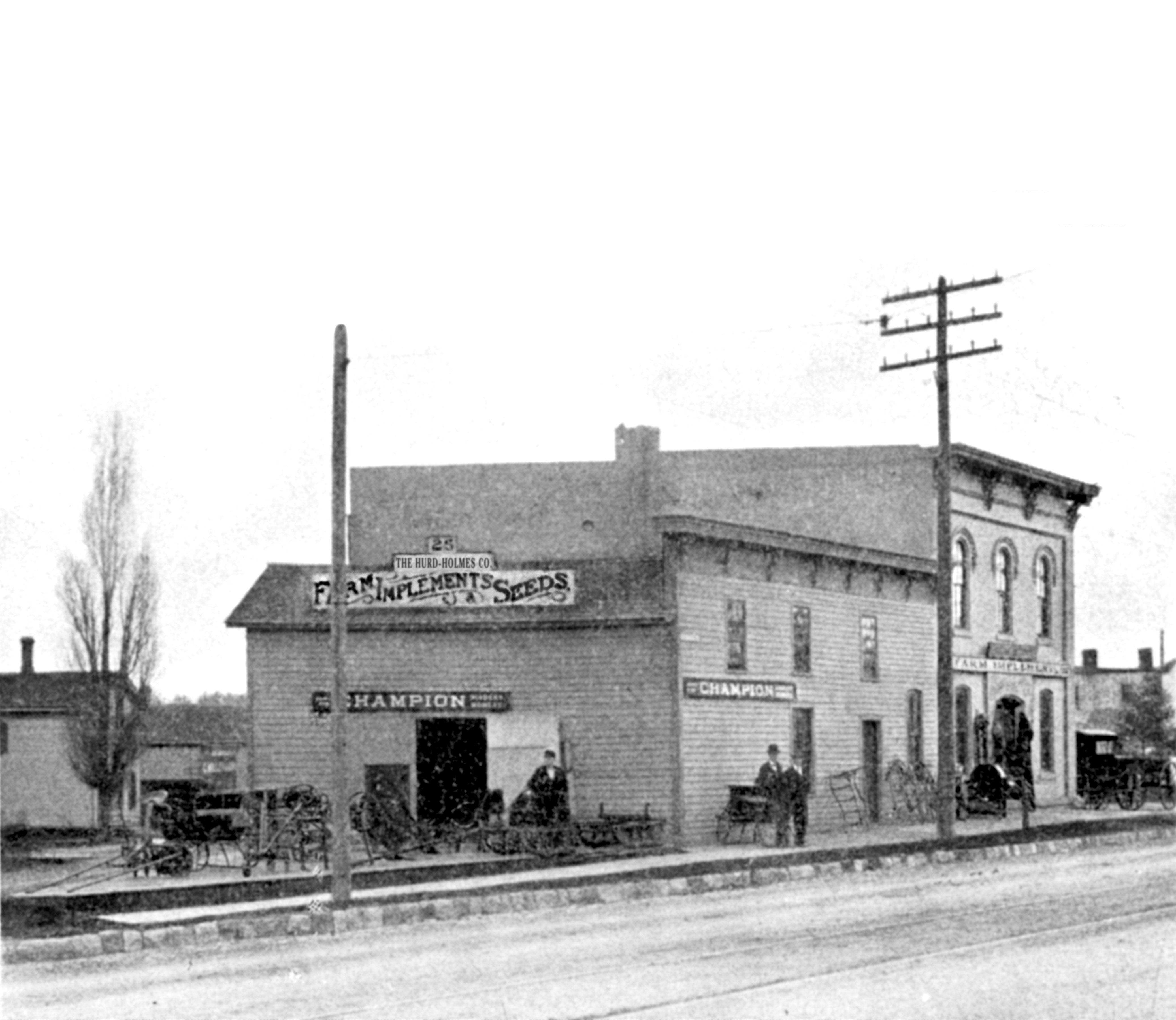 Hurd-Holmes's farm implement business was one of many industries between downtown and the railroad. David Henning erected the brick building to your right in 1864 to expand his barrel factory and apple-packing business. It was later Moses Rogers's farm implement shop, then a creamery, a lumber warehouse, a machine shop,and, as the neighborhood changed, an art gallery,and the first home of the Ecology Center.

On this block in 1835, Ann Arbor's first Catholic mass was said by Father Patrick O'Kelly in James Horrigan's home. Irish and German Catholics settled nearby and in 1845 built the first St. Thomas church. On the corner to your right in 1899, church member Francis Stofflet built row houses for his married children. On the opposite corner in 1902, Italian immigrant Rocco Disderide moved his house to make way for his new grocery store.

By the 1980s the neighborhood had changed.The row houses became condominiums and the grocery the popular Zingerman's Delicatessen.