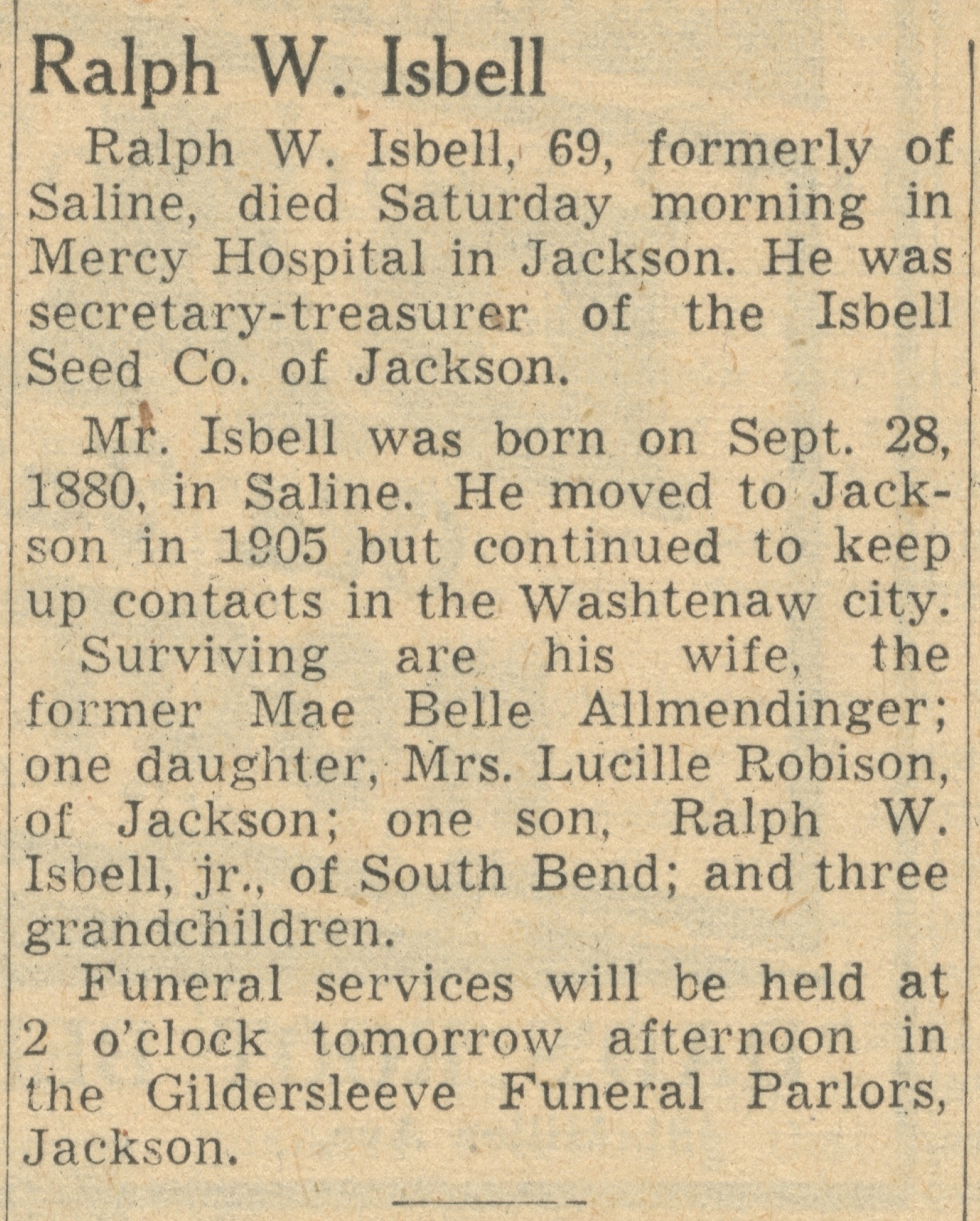 Ralph W. Isbell, 69, formerly of Saline, died Saturday morning in Mercy Hospital in Jackson. He was secretary-treasurer of the Isbell Seed Co. of Jackson.
Mr. Isbell was born on Sept. 28, 1880, in Saline. He moved to Jackson in 1905 but continued to keep up contacts in the Washtenaw city.
Surviving are his wife, the former Mae Belle Allmendinger; one daughter, Mrs. Lucille Robison, of Jackson; one son, Ralph W. Isbell, jr., of South Bend; and three grandchildren.
Funeral services will be held at 2 o'clock tomorrow afternoon in the Gildersleeve Funeral Parlors, Jackson.