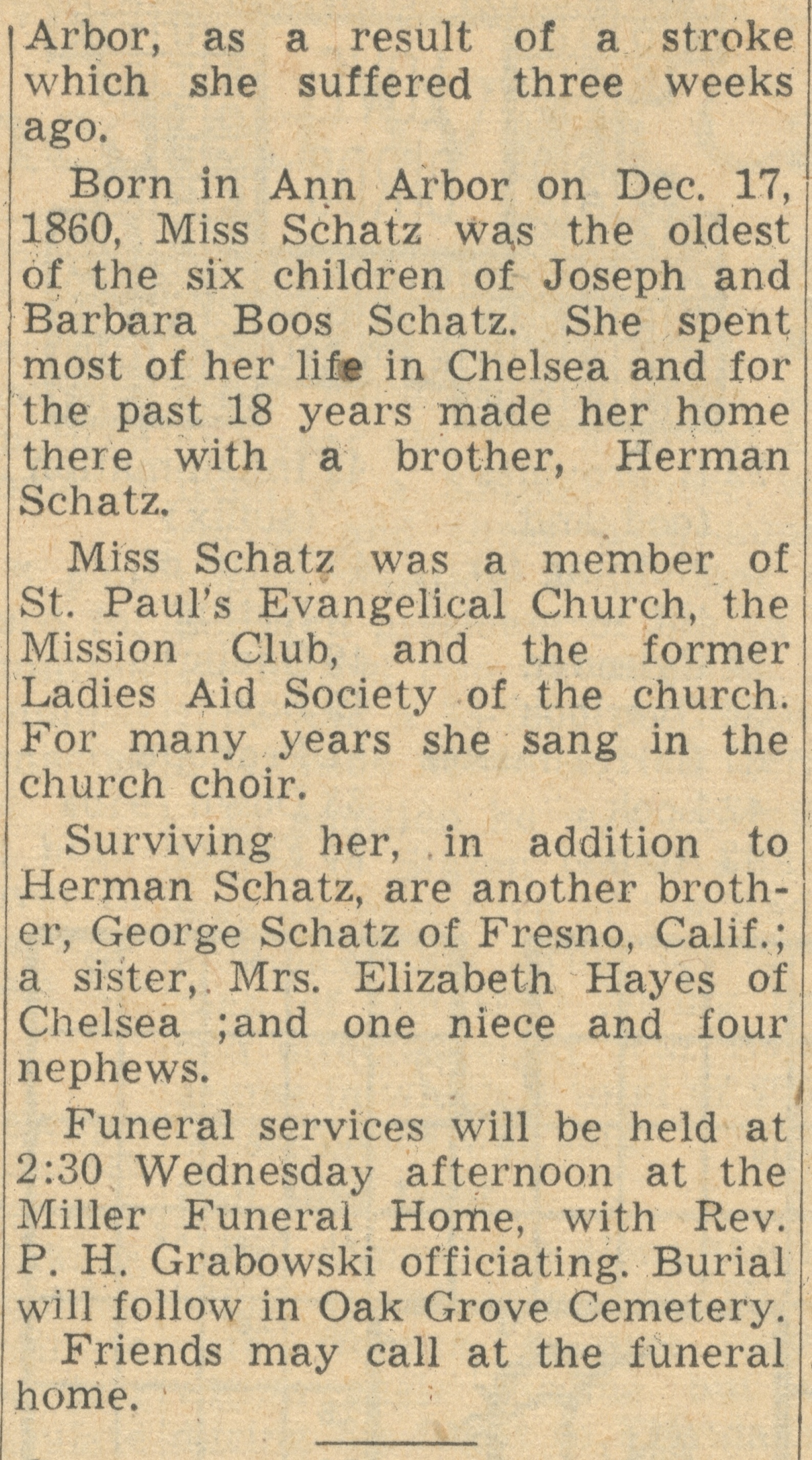 CHELSEA - Sophia K. Schatz, 88, of Chelsea, died Sunday morning at St. Joseph's Mercy Hospital, Ann Arbor, as a result of a stroke which she suffered three weeks ago.
Born in Ann Arbor on Dec. 17, 1860, Miss Schatz was the oldest of the six children of Joseph and Barbara Boos Schatz. She spent most of her life in Chelsea and for the past 18 years made her home there with a brother, Herman Schatz.
Miss Schatz was a member of St. Paul's Evangelical Church, the Mission Club, and the former Ladies Aid Society of the church. For many years she sang in the church choir.
Surviving her, in addition to Herman Schatz, are another brother, George Schatz of Fresno, Calif.; a sister, Mrs. Elizabeth Hayes of Chelsea; and one niece and four nephews.
Funeral services will be held at 2:30 Wednesday afternoon at the Miller Funeral Home, with Rev. P. H. Grabowski officiating. Burial will follow in Oak Grove Cemetery.
Friends may call at the funeral home.