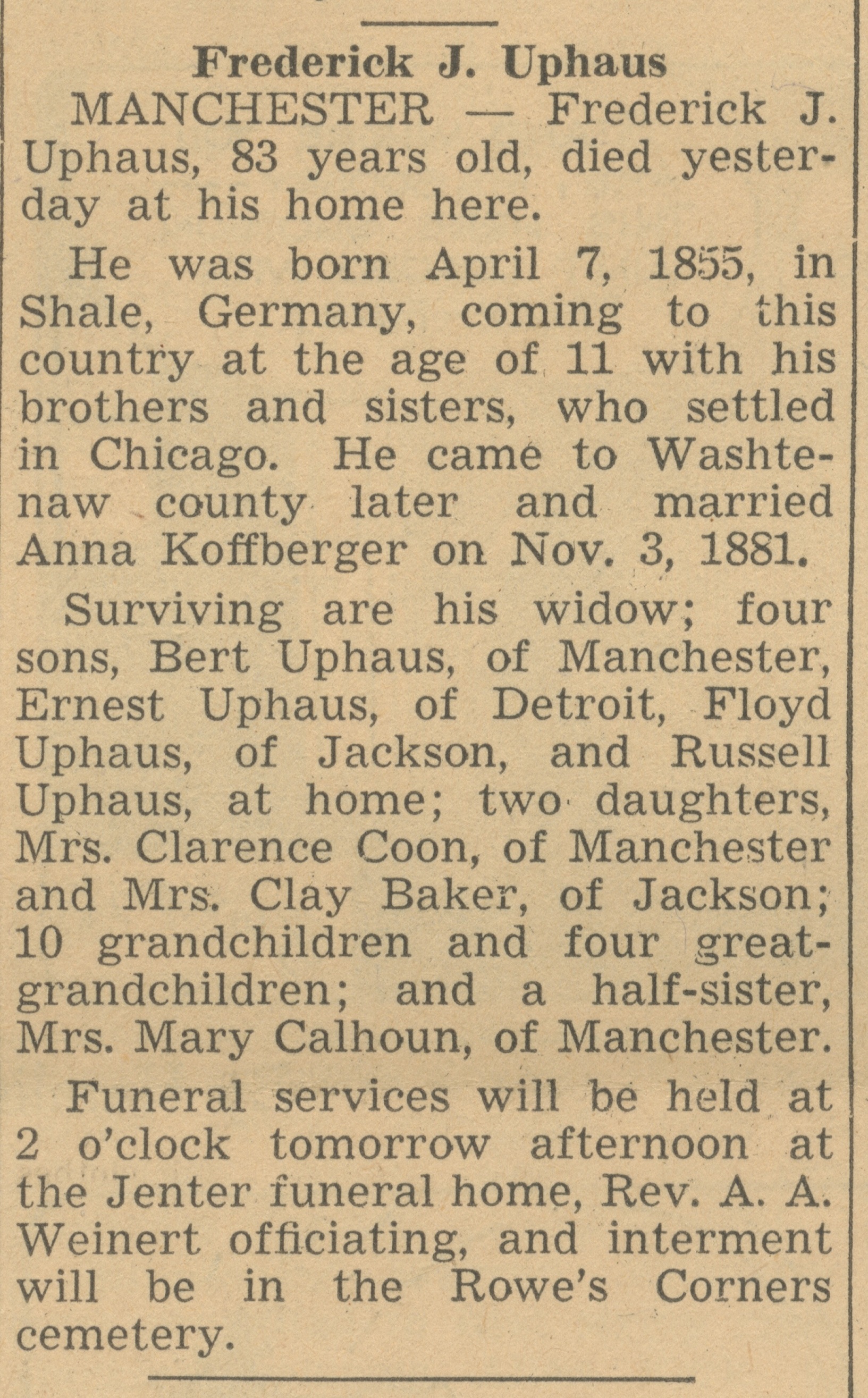 MANCHESTER - Frederick J. Uphaus, 83 years old, died yesterday at his home here.
He was born April 7, 1855, in Shale, Germany, coming to this country at the age of 11 with his brothers and sisters, who settled in Chicago. He came to Washtenaw county later and married Anna Koffberger on Nov. 3, 1881.
Surviving are his widow; four sons, Bert Uphaus, of Manchester, Ernest Uphaus, of Detroit, Floyd Uphaus, of Jackson, and Russell Uphaus, at home; two daughters, Mrs. Clarence Coon, of Manchester and Mrs. Clay Baker, of Jackson; 10 grandchildren and four great-grandchildren; and a half-sister, Mrs. Mary Calhoun, of Manchester.
Funeral services will be held at 2 o'clock tomorrow afternoon at the Jenter funeral home, Rev. A. A. Weinert officiating, and interment will be in the Rowe's Corners cemetery.