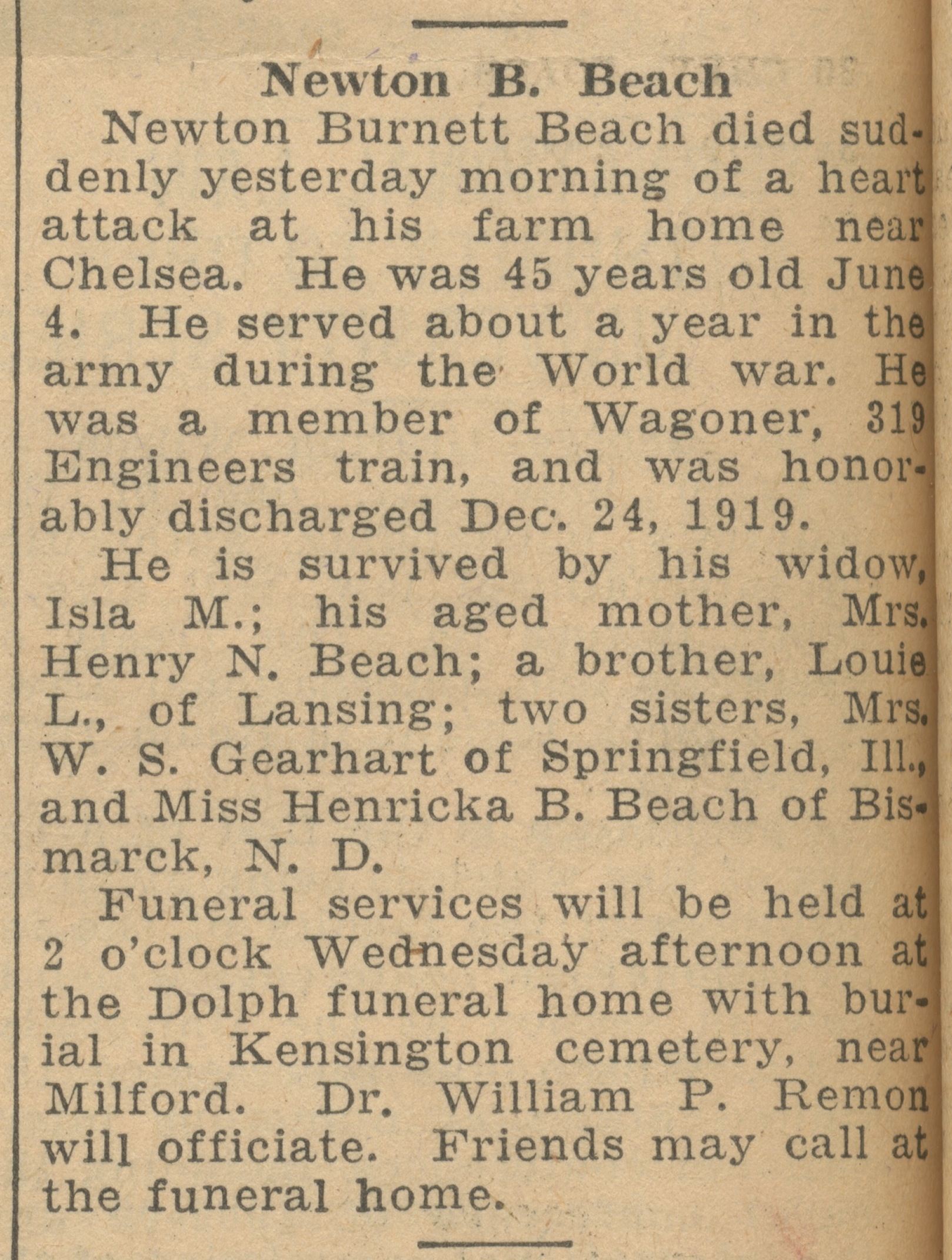 Newton Burnett Beach died suddenly yesterday morning of a heart attack at his farm home near Chelsea. He was 45 years old June 4. He served about a year in the army during the World war. He was a member of Wagoner, 319 Engineers train, and was honorable discharged Dec. 24, 1919.
He is survived by his widow, Isla M.; his aged mother, Mrs. Henry N. Beach; a brother, Louie L., of Lansing; two sisters, Mrs. W. S. Gearhart of Springfield, Ill., and Miss Henricka B. Beach of Bismarck, N. D.
Funeral services will be held at 2 o'clock Wednesday afternoon at the Dolph funeral home with burial in Kensington cemetery, near Milford. Dr. William P. Remon will officiate. Friends may call at the funeral home.