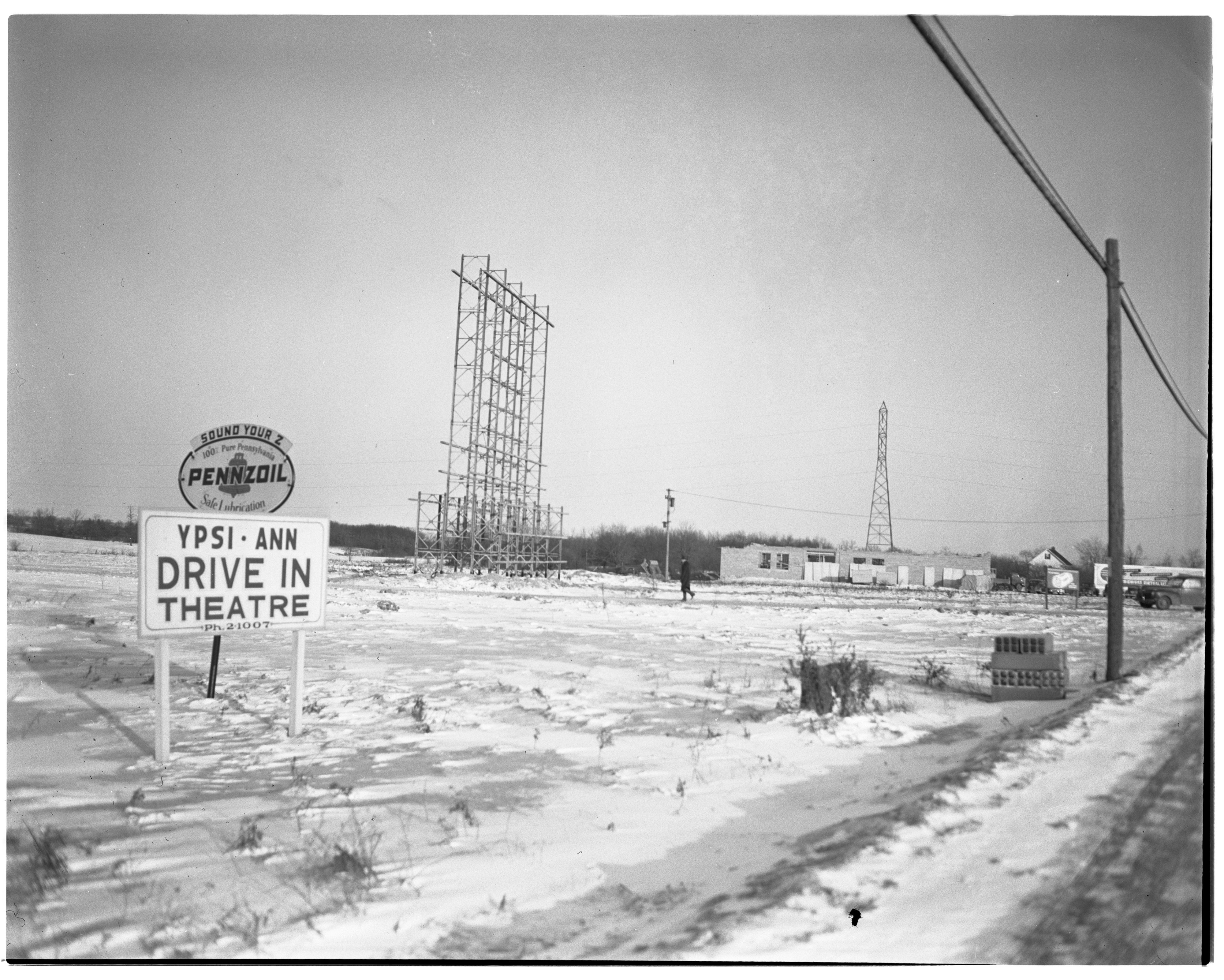 Published In
Ann Arbor News, January 24, 1948
Caption
This huge steel tower is the framework for the picture screen of the new Ypsi-Ann Drive-In Theater which is being built at 4675 Washtenaw Rd. Plans for the project include the erection of a projection booth, box office, concession stand, and an encircling wall. Joseph Kinney, general manager of the firm which is backing the theater, has announced that when the new entertainment enterprise is completed there will be a capacity for 600 cars, and the theater will be equipped with individual sound speakers for each car. Estimated cost of the project, expected to be finished in the late spring, is set at $100,000, including equipment.
Month
January
Year
1948
Rights Held By
Donated by the Ann Arbor News. © The Ann Arbor News.
Copyright
Copyright Protected