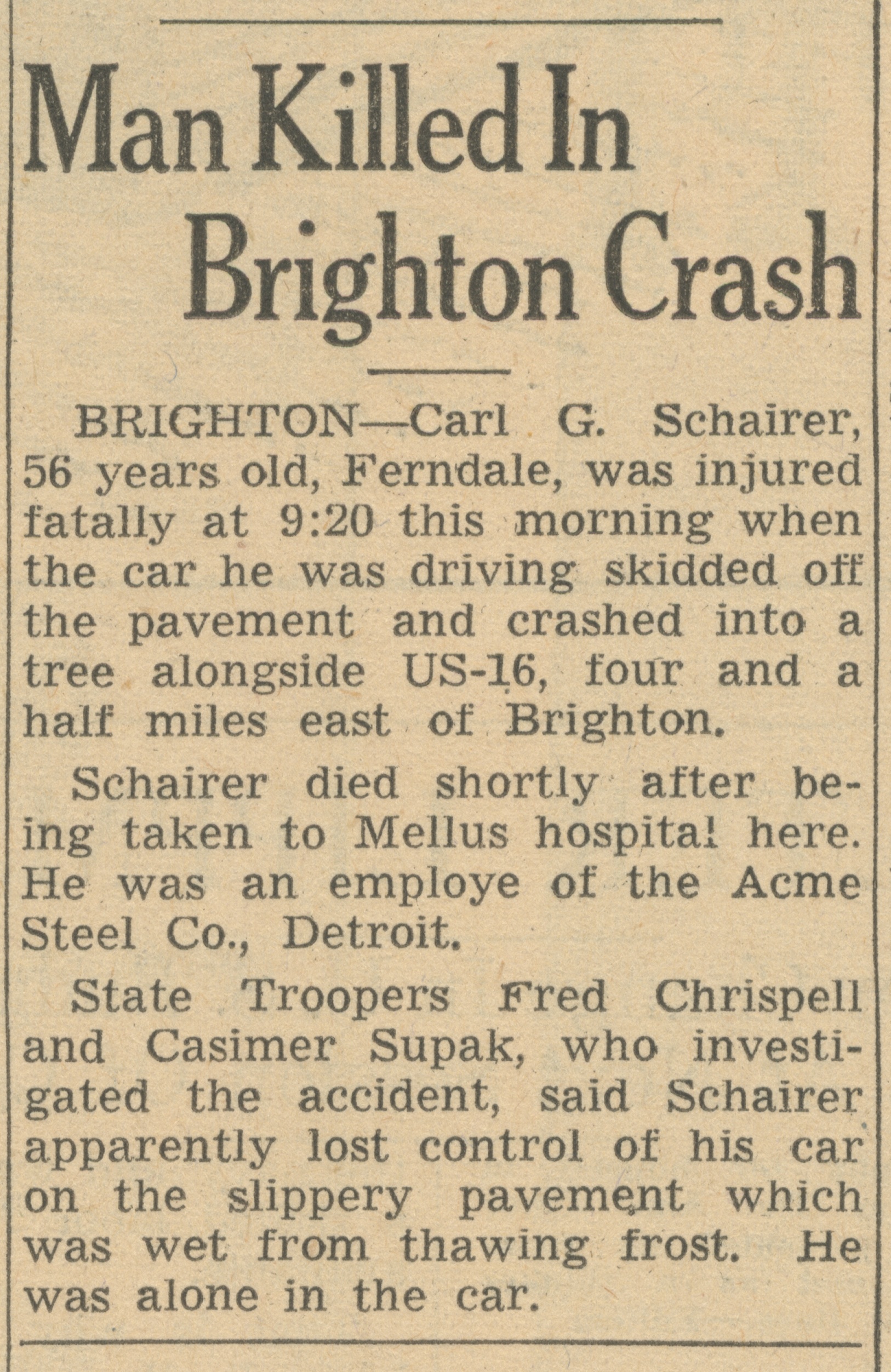 BRIGHTON - Carl G. Schairer, 56 years old, Ferndale, was injured fatally at 9:20 this morning when the car he was driving skidded off the pavement and crashed into a tree alongside US-16, four and a half miles east of Brighton.
Schairer died shortly after being taken to Mellus hospital here. He was an employe of the Acme Steel Co., Detroit.
State Troopers Fred Chrispell and Casimer Supak, who investigated the accident, said Schairer apparently lost control of his car on the slippery pavement which was wet from thawing frost. He was alone in the car.