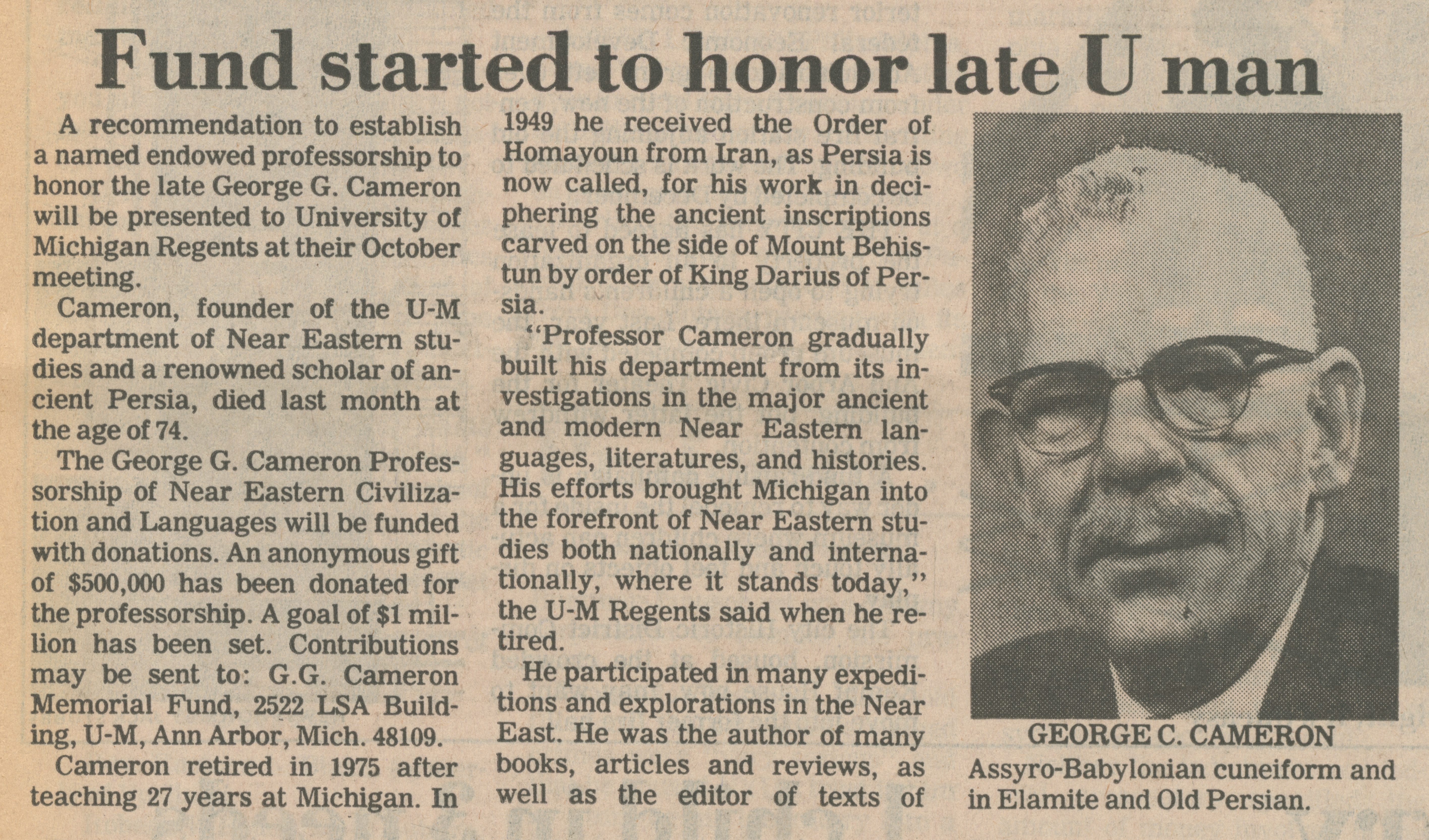 A recommendation to establish a named endowed professorship to honor the late George G. Cameron will be presented to University of Michigan Regents at their October meeting.
Cameron, founder of the U-M department of Near Eastern studies and a renowned scholar of ancient Persia, died last month at the age of 74.
The George G. Cameron Professorship of Near Eastern Civilization and Languages will be funded with donations. An anonymous gift of $500,000 has been donated for the professorship. A goal of $1 million has been set. Contributions may be sent to: G. G. Cameron Memorial Fund, 2522 LSA Building, U-M, Ann Arbor, Mich. 48109.
Cameron retired in 1975 after teaching 27 years at Michigan. In 1949 he received the Order of Homayoun from Iran, as Persia is now called, for his work in deciphering the ancient inscriptions carved on the side of Mount Behistun by order of King Darius of Persia.
"Professor Cameron gradually built his department from its investigations in the major ancient and modern Near Eastern languages, literatures, and histories. His efforts brought Michigan into the forefront of Near Eastern studies both nationally and internationally, where it stands today," the U-M Regents said when he retired.
He participated in many expeditions and explorations in the Near East. He was the author of many books, articles and reviews, as well as the editor of texts of Assyro-Babylonian cuneiform and in Elamite and Old Persian.