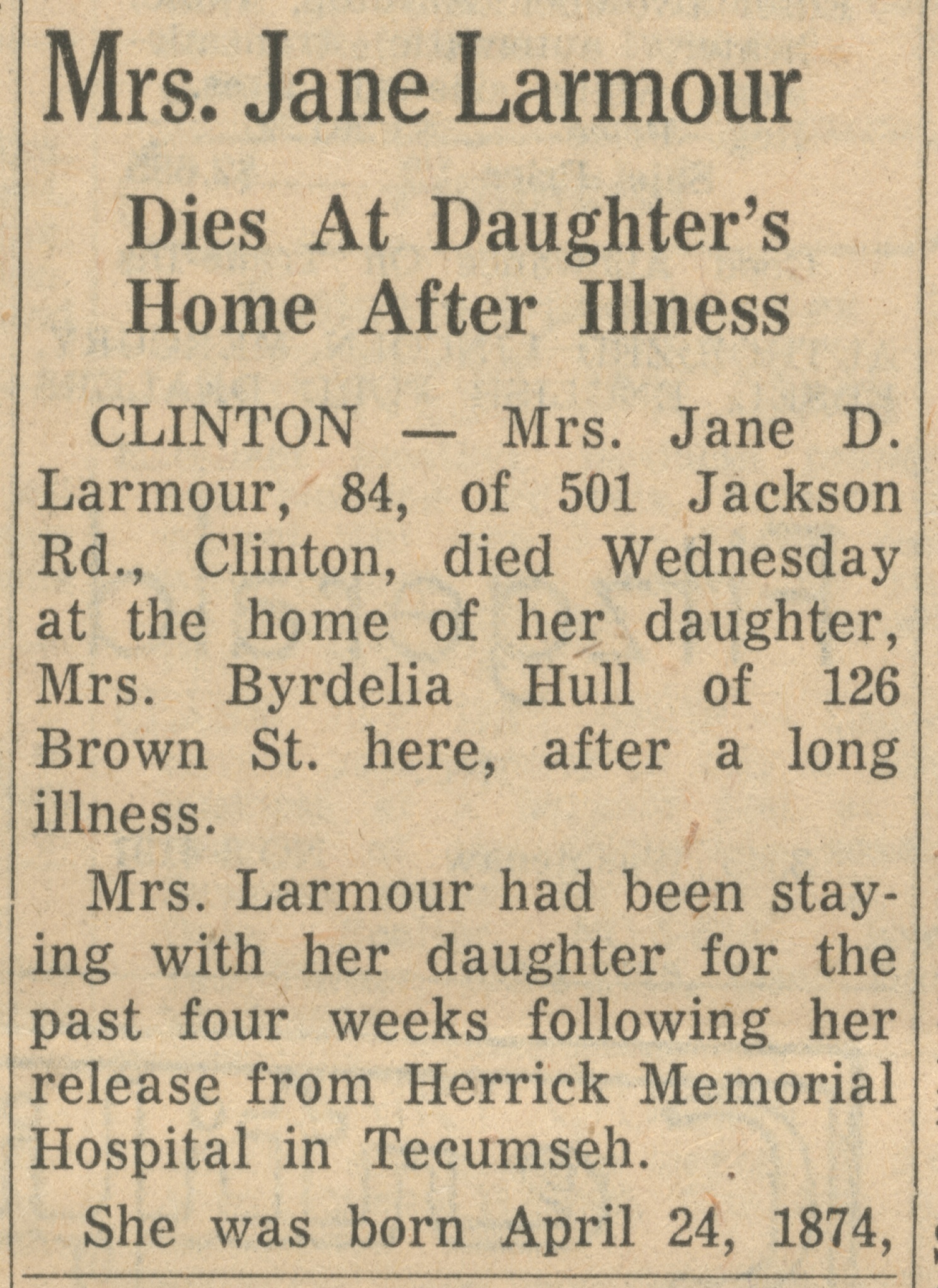 CLINTON ̶ Mrs. Jane D. Larmour, 84, of 501 Jackson Rd., Clinton, died Wednesday at the home of her daughter, Mrs. Byrdelia Hull of 126 Brown St. here, after a long illness.
Mrs. Larmour had been staying with her daughter for the past four weeks following her release from the Herrick Memorial Hospital in Tecumseh.
She was born April 24,1874, in Canada, a daughter of Olicer and Margaret Cummings. She came to the United States in 1876 and later moved from North Adams to Clinton in 1944.
She and Clarence Ingersoll were married July 16, 1892. He died on April 20, 1917. She then married William Larmour on June 1,1920. He died Oct. 23, 1956.
Survivors include two daughters by her first marriage, Mrs. Hull here and Mrs. Margaret Brooks of Tecumseh; and four grandchildren, 10 great-grandchildren, and three great-great-grandchildren. Her son, Lewis Ingersoll died on May 7, 1952. She also was preceded in death by five brothers, a sister and a grandchild.
Funeral services will be held at 2 p.m. Saturday at the Proctor Funeral Home in Clinton, with the Rev. James Simmons officiating.
Curial will be in Brookside Cemetery at Tecumseh.
Friends may call at the funeral home.