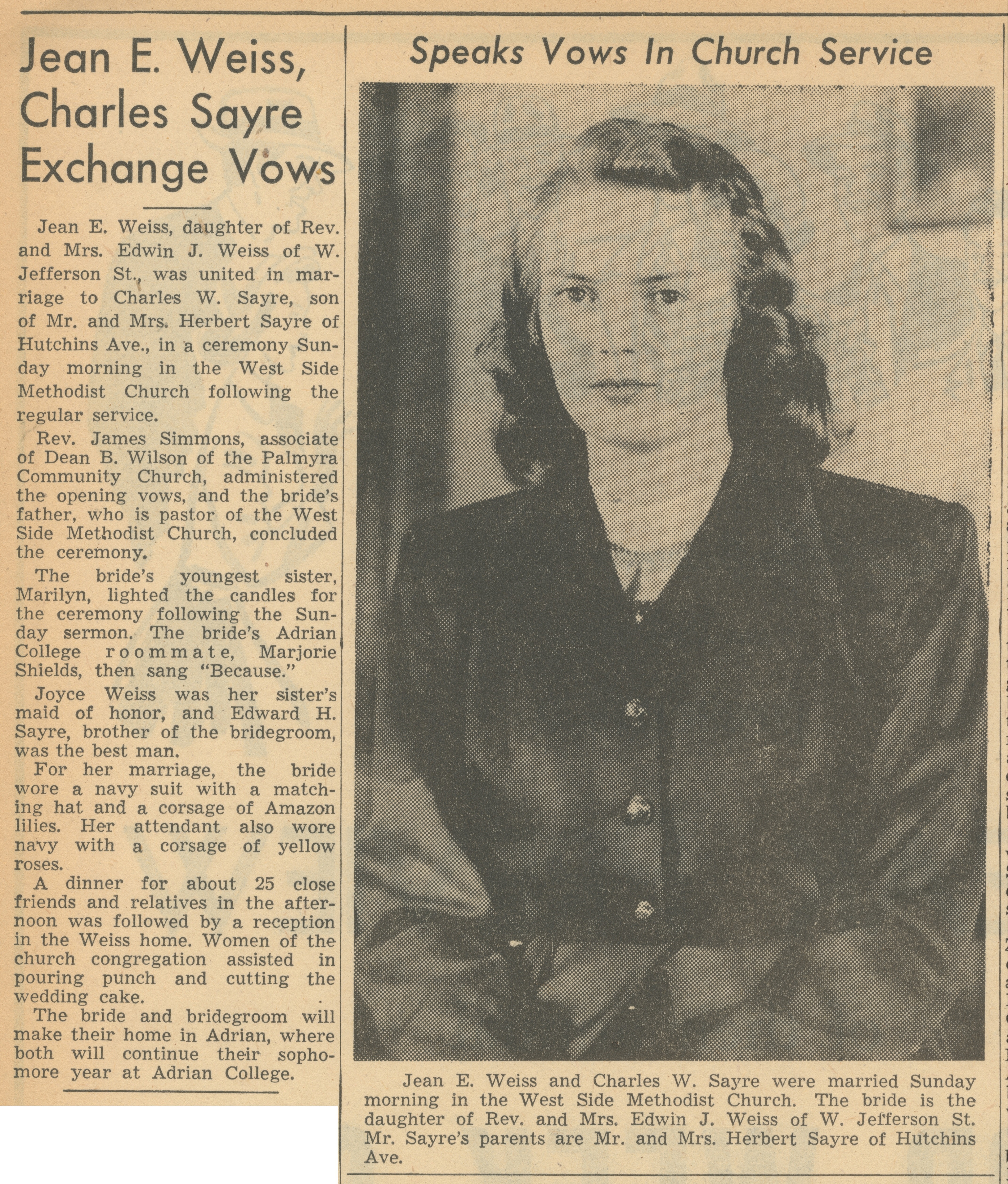 Jean E. Weiss, daughter of Rev. and Mrs. Edwin J. Weiss of W. Jefferson St., was united in marriage to Charles W. Sayre, son of Mr. and Mrs. Herbert Sayre of Hutchins Ave., in a ceremony Sunday morning in the West Side Methodist Church following the regular service.

Rev. James Simmons, associated of Dean B. Wilson of the Palmyra Community Church, administered the opening vows, and the bride’s father, who is pastor of the West Side Methodist Church, concluded the ceremony.

The bride’s youngest sister, Marilyn, lighted the candles for the ceremony following the Sunday sermon. The bride’s Adrian College roommate, Marjorie Shields, then sang “Because.”

Joyce Weiss was her sister’s maid of honor, and Edward H. Sayre, brother of the bridegroom, was the best man.

For her marriage, the bride wore a navy suit with a matching hat and a corsage of Amazon lilies. Her attendant also wore navy with a corsage of yellow roses.

A dinner for about 25 close friends and relatives in the afternoon was followed by a reception in the Weiss home. Women of the church congregation assisted in pouring punch and cutting the wedding cake.

The bride and bridegroom will make their home in Adrian, where both will continue their sophomore year at Adrian College.