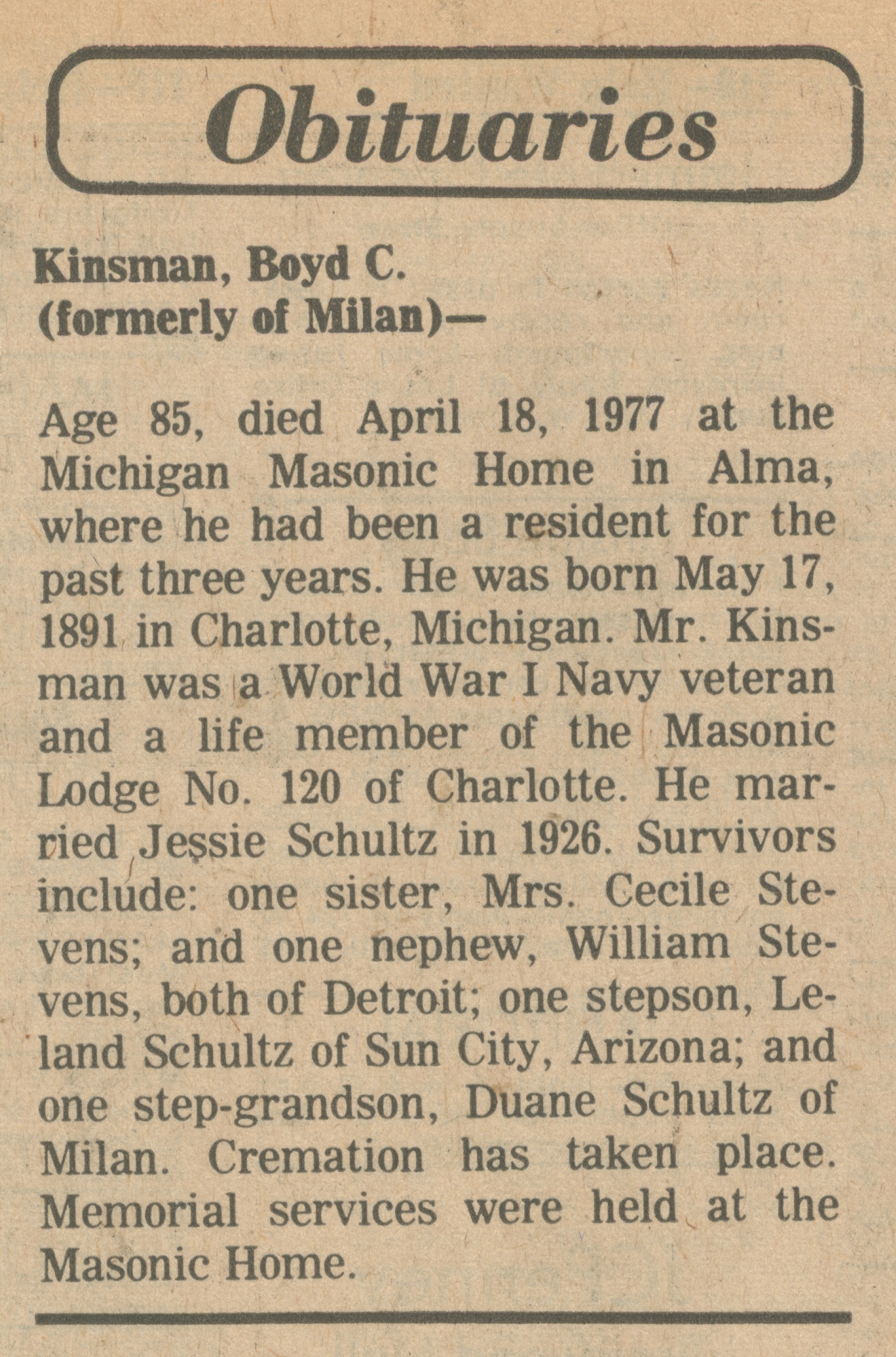 Age 85, died April 18, 1977 at the Michigan Masonic Home in Alma, where he had ben a resident for the past three years. He was born May 17, 1891 in Charlotte, Michigan. Mr. Kinsman was a World War I Navy veteran and a life member of the Masonic Lodge No. 120 of Charlotte. He married Jessie Schultz in 1926. Survivors include: one sister, Mrs. Cecile Stevens; and one nephew, William Stevens, both of Detroit; one stepson, Leland Schultz of Sun City, Arizona; and one step-grandson, Duane Schultz of Milan. Cremation has taken place. Memorial services were held at the Masonic Home.