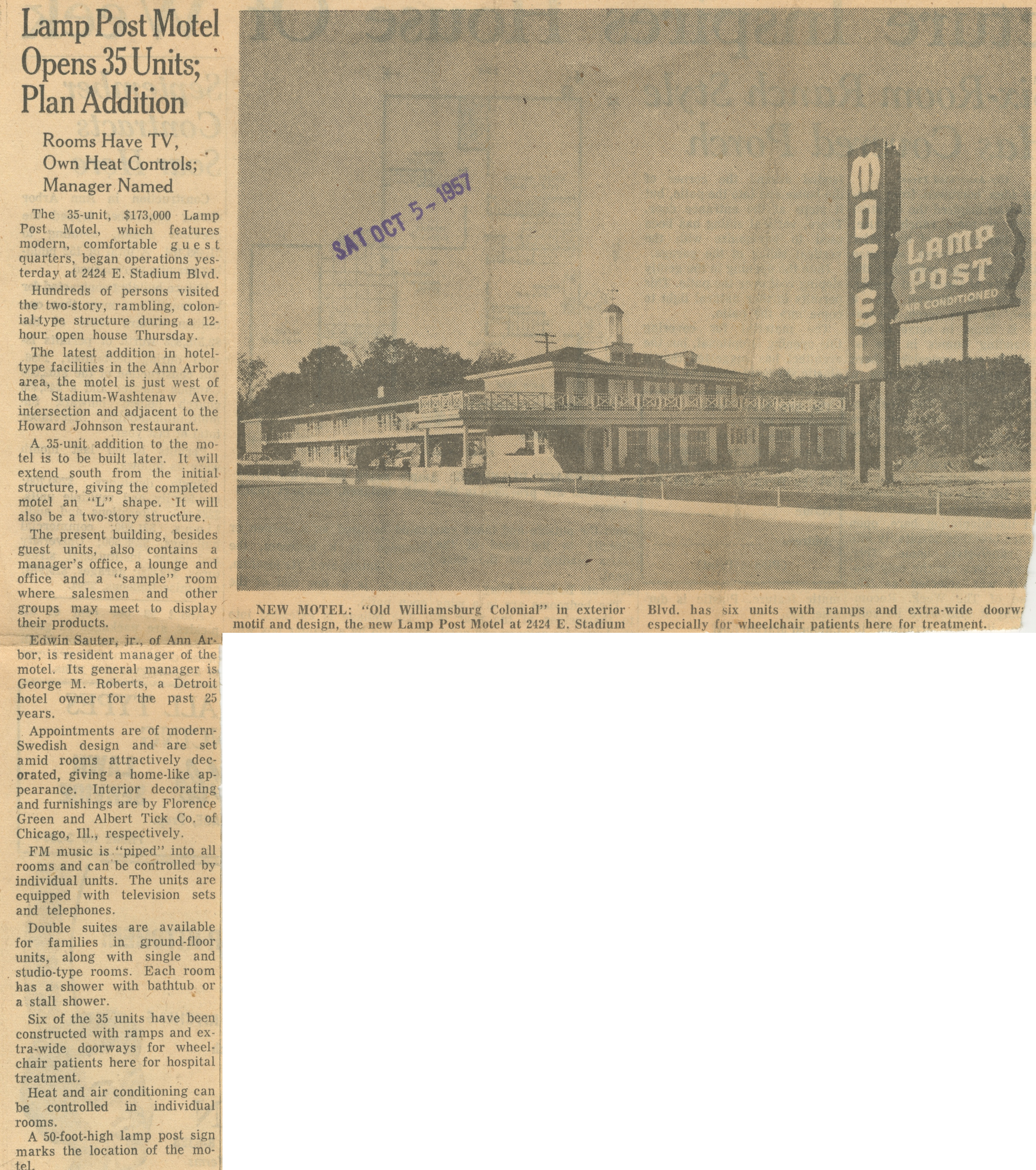 The latest addition in hotel-type facilities in the Ann Arbor area, the motel is just west of the Stadium-Washtenaw Ave. intersection and adjacent to the Howard Johnson restaurant.

A 35-unit addition to the motel is to be built later. It will extend south from the initial-structure, giving the completed motel an “L” shape. It will also be a two-story structure.

The present building, besides guest units, also contains a manager’s office, a lounge and office and a “sample” room where salesmen and other groups may meet to display their products.

Edwin Sauter, jr., of Ann Arbor, is resident manager of the motel. Its general manager is George M. Roberts, a Detroit hotel owner for the past 25 years.

Appointments are of modern-Swedish design and are set amid rooms attractively decorated, giving a home like appearance. Interior decorating and furnishings are by Florence Green and Albert Tick Co. of Chicago, Ill., respectively.

FM music is “piped” into all rooms and can be controlled by individual units. The units are equipped with television sets and telephones.

Double suites are available for families in ground-floor units, along with single and studio-type rooms. Each room has a shower with bathtub or a stall shower.

Six of the 35 units have been constructed with ramps and extra-wide doorways for wheelchair patients here for hospital treatment.

Heat and air conditioning can be controlled in individual rooms.