The Arrest Of F. B. Sanborn 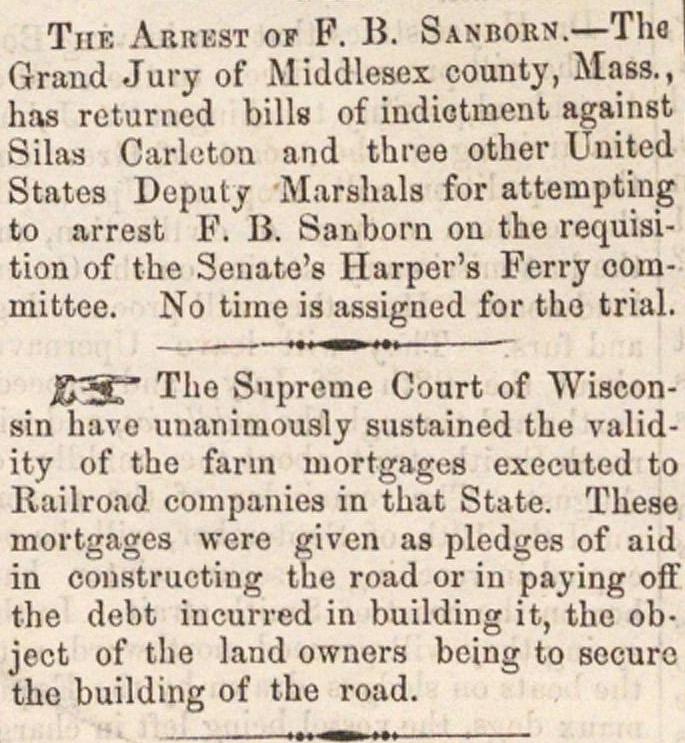 -Tho Grand Jury of Middlesex county, Mass., has returned bilis of indictment against Silas Carleton and three other United States Deputy Marshals for attempting to arrest F. B. Sanborn on the requisition of the Senate's Harper's Ferry Committee. No time is assigned for tho trial.

The Supremo Court of Wisconsin have unanimously sustained the validity of the farm mortgages executed to railroad companies in that State. These mortgages were given as pledges of aid in constructing the road or in paying off the debt incurred in building it, the object of the land owners boing to secure tho building of the road.