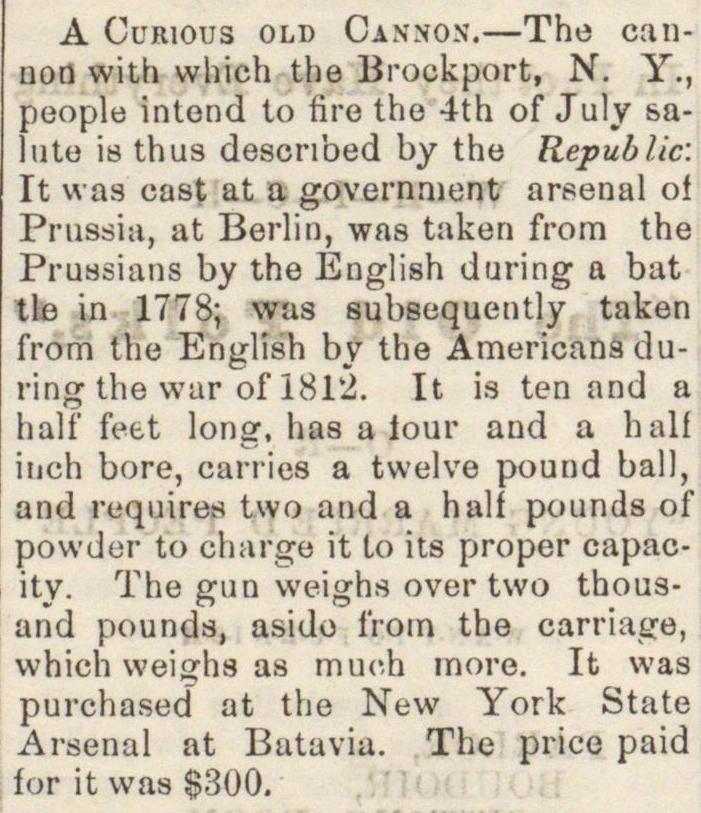 -The non with which the Brockport, N. Y., peopla intond to ñ're tho 4th of July saluttí is thus desoribed by the Republic: It was cast at a government arsenal oí Prussia, at Berlín, was taken from the Prussians by the Éngüsh during a bat tío in 1778; was subsequently taken from the English by the Americana during the war of 1812. It is ten and a half fett long, has a iour and a halí iiich bore, carnes a twelve pound bal), and ruquires two and a halí pounds of povvder to charge it Lo its proper capacitv. The gun weighs over two thousand pounds, asido from the oarriage, which weighs as much inore. It was purchased at tho New York State Arsenal at Batavia. The price paid for it was $300.