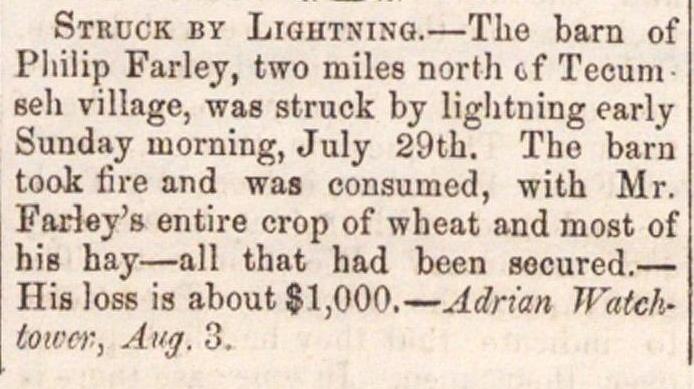 Pliilip Farley, two miles north tf Tecum seli village, was struck by lightning early Sunday morning, July 29th. Tho bar'n took lire and was consumed, with Mr. Farley's entire erop of wheat and most of his hay - all that had been socured. -