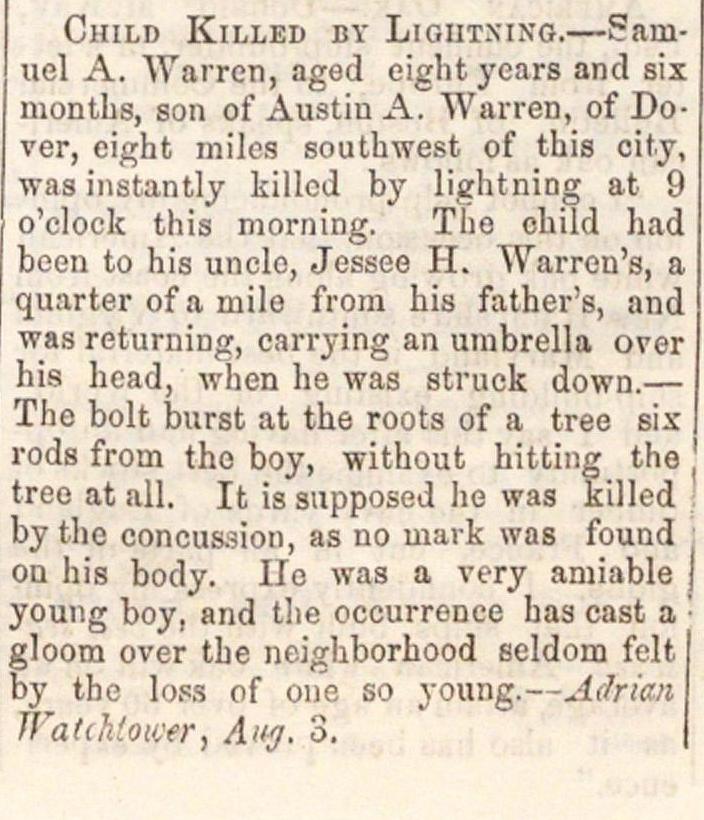 uel A. Warren, aged eight years and six montbg, son of Austin A. Warren, of Dover, eight miles southwest of this city, was instan tly killed by lightning at 9 o'clock this morning. The chilrl had beeu to his unele, Jessee H. Warren's, a quurter of a milo from his father's, and was returninpr, carrying an umbrella over his hcad, when he was struck down. - The bolt burst at the roots of a tree six rods from the boy, without hitting the (' tree at all. It is supposed he was killed by the concuswion, as uo mark was found on his body. Ho was a very amiable j young boy, and the occurrenee bas cast a ■ gloom over the neiprhborhood seldom feit