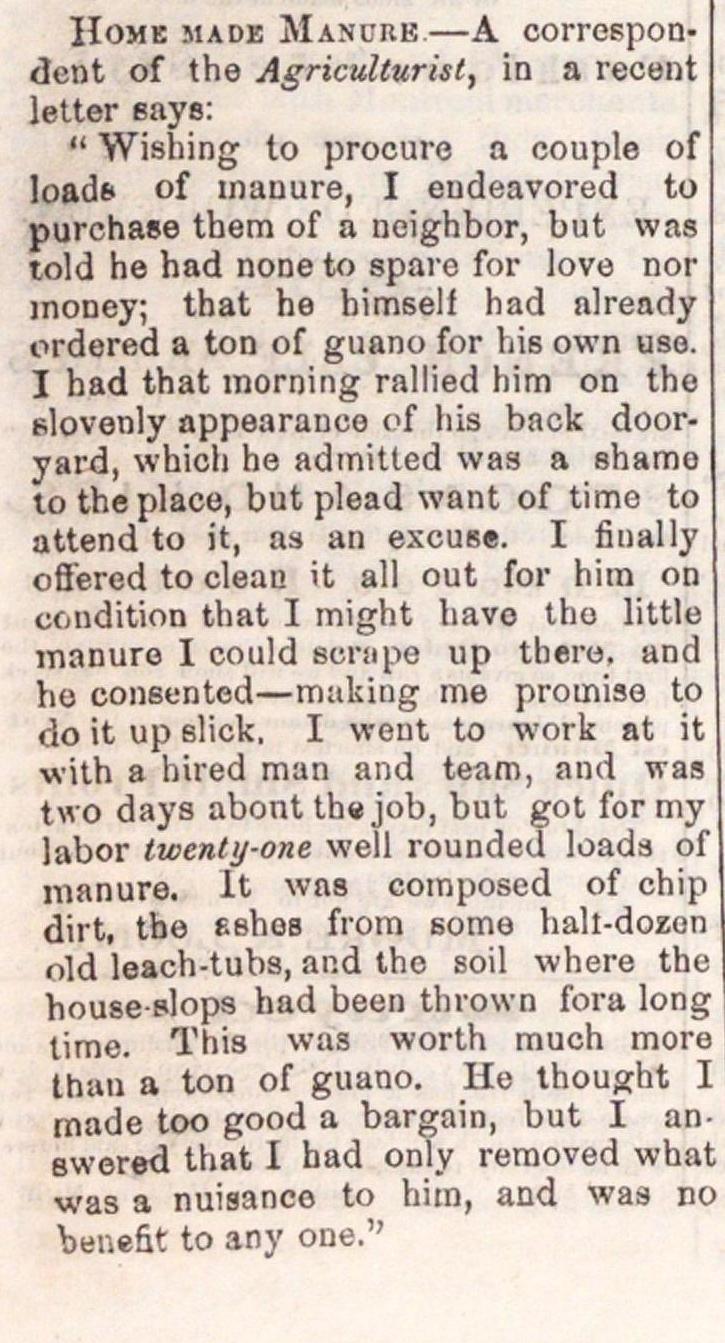 dent of the Agriculturisl, in a recent letter saya: " Wishing to procure a couple of loads of inauure, I eudeavored to purchase them of a neighbor, but was told he had none to spare for love nor money; that he himself had already ordered a ton of guano for his own use. I bad that moroing rallied him on the slovenly appearance of liis back dooryard, which he admitted was a shamo to the place, but plead want of timo to attend to it, as an excuse. I final ly ofiered to cleau it all out for hitn on condition that I might have tho littlo manure I could senipe up thero. and he consented - making me promise to do it up slick. I went to work at it with a hired man and team, and was two days abont th job, but got for my labor twenty-one vvell rounded loads of manure. It was composed of chip dirt, tbe sehos from some hall-dozon old leach-tubs, and the soil where the houseedops had been thrown fora long time. This was worth much more thun a ton of guano. He thought I made too good a bargain, but I an swered that I had only removed what ■was a nuisance to him, and was no benefit to any one."