Our People Of All Grades 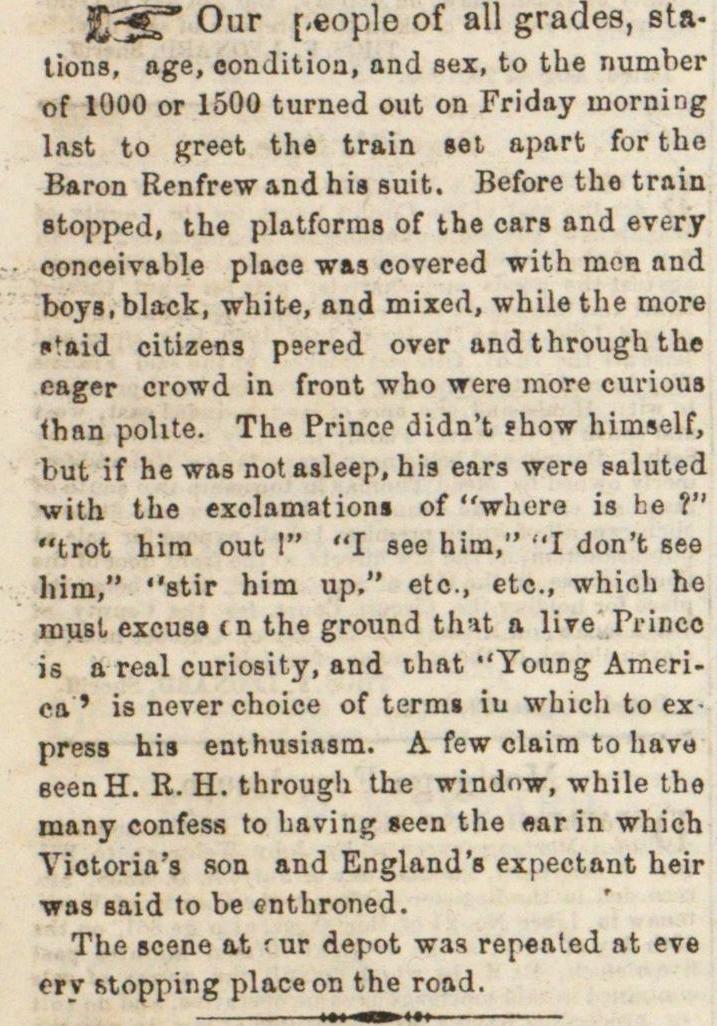 lions, age, conJitioa, and sex, to the number of 1000 or 1500 turned out on Friday inorning lust to greet the train et apart for the Baron Renfrew and his suit. Before the train stopped, the platforms of the cars and every oonceivable place was covered with men and boys, black, white, and mixed, while the more itaid citizens psered over and through the eager crowd in front who were more curious than polite. The Prince cüdn't ehow himself, but if he was notasleep, his ears were saluted with the exolamation of "whure is he 1" "trot him out I" "I see him," "I don't seo him," "stir him up." etc., etc., which he musí, excusa (n the ground th'it a lire Prince is a real euriosity, and ihat "Young America ' is neverchoice of term in which to ex presa his enthusiasm. A few claim to have eeenH. R. H. througli the windn-w, while the many confess to liaving seen the ar in which Viotoria's son and England's expectant heir ■was said to be enthroned. The scène at rur depot was repeated at eve orv stopping place on the road.