The First Train Of Cars Through The Bergen Tunnel 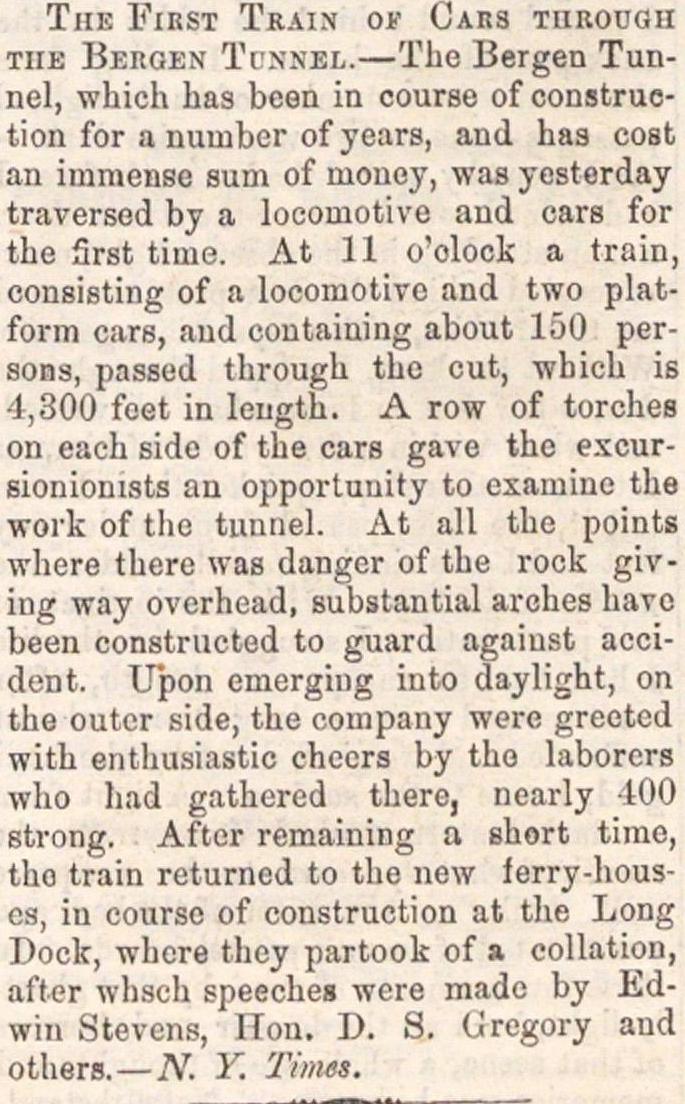 nel, which has been in course of construetion for a nuuibcr of ycars, and has cost an immense sum of moncy, was yesterday traversed by a locomotive and cars for the Srst time. At 11 o'olock a train, consisting of a locomotivo and two platform cars, and containing about 150 persons, passed through the cut, wbich is 4,300 foet in length. A row of torches on each side of the cars gave the excursionionists an opportuuity to examine the work of the tunnel. At all the points where there was danger of the rock giving way overhead, substantial arehes have been constructed to guard agaiust accident. Upon emerging into daylight, on the outcr side, the company were greeted with enthusiastic cheers by the laborers who had gathered there, nearly 400 stvong. After remaining a short time, the train returned to the new ferry-hous08, in course of construction at the Long Doek, whcre thoy partook of a collation, after whsch speeches were made by Edwin Stevens, Ron. D. S. Ciregory and