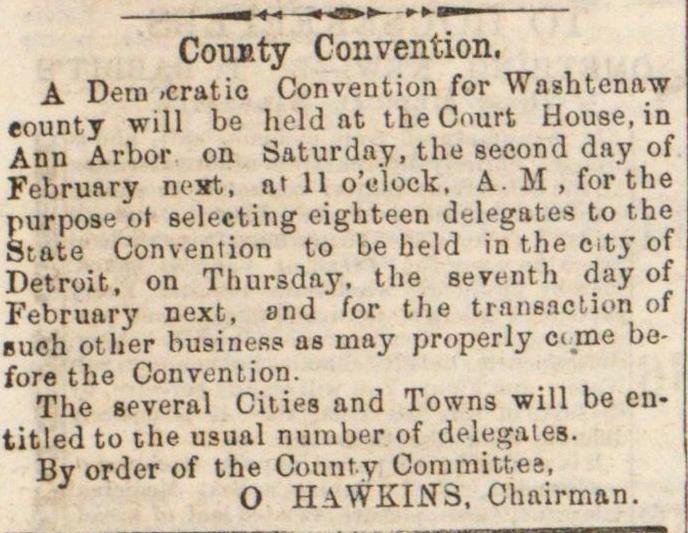 A Dein -cratio Convention for Washtenaw eounty will be held at theOurt House, in Ann Arbor on Saturday, the eeoond day of February ncitt, ai 11 o'elook, A. 11, for the purpose ot selecting eighteen delegates to the State Convention to be held in the cty of Detroit, on Tliursday. the seventh day of February next, snd for the traniaotion of Buch other busine as may properly cme before the Convention. The several Cities and Towns will be entitled to the usual number of delégales. Bv order of the Count.y Committes, O HAWKIN3, Chairman.