Houston And The Union 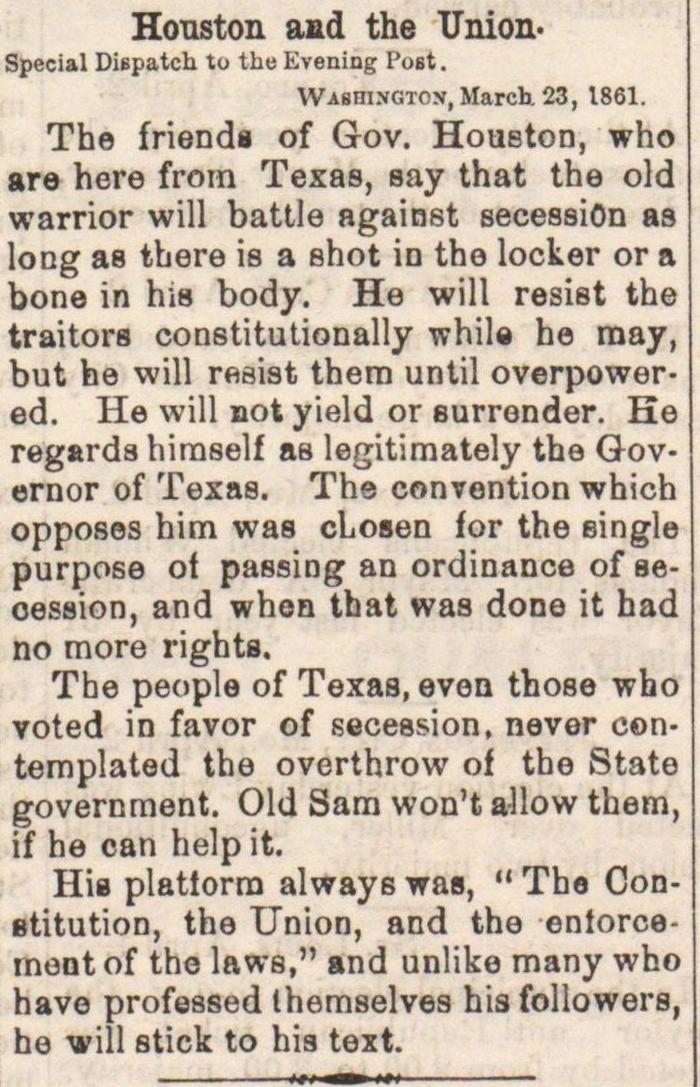 WismxGTOX. March 23. 1861. The friendi of G-ov. Houeton, who are here froin Tesas, say that the old warrior will battle agaiost secessiOn as long as there is a shot in the locker or a bone in hm body. He will resist the traitora conetitutionally while he raay, but he will resist them until overpowered. He will not yield or surrender. He regards himself as legitimately the Governor of Texas. The conïention which opposes him was cLosen for the single purpose ol passing an ordinance of seoession, and when that was done it had no more rights. The people of Texaa, even those who voted in favor of secession, never contemplated the overthrow of the State government. Old Sam won'taJlow them, if he can help it. Hia platlorra always was, " Tho ConBtitution, the Union, and the entoroement of the laws," and unlike many who have profe8sed Ihemselves his followers, he will stick to his tezt.