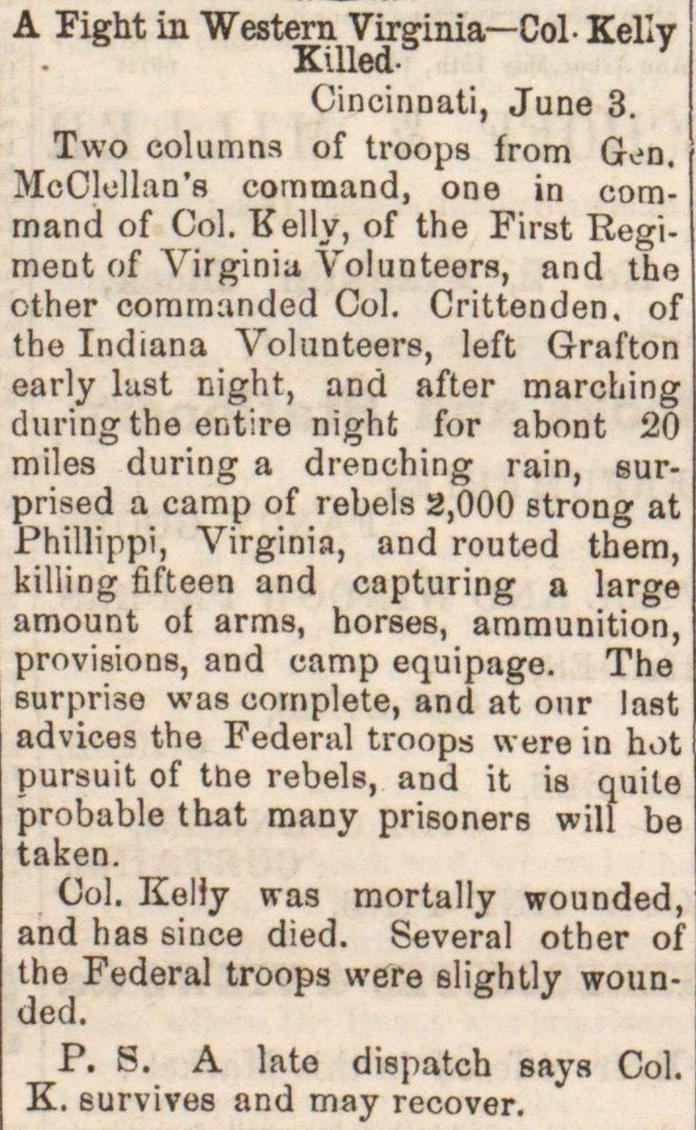 Cincinnati, June 3. Two columns of troops from Gen, jVIcClellan's command, one in eommand of Col. Kelly, of the First Regiment of Virginia Volunteers, and tho ether commanded Col. Crittenden, of the Indiana Volunteers, left Grafton early lust night, and after marching during the entire night for abont 20 miles during a drenching rain, eurprised a camp of rebels 2,000 strong at Phillippi, Virginia, and routed them, killing fifteen and capturing a large amount of arms, horses, ammunition, provisions, and camp equipage. The surprise was complete, and at our last advices the Federal troops were in hot pursuit of the rebels, and it is quite probable that many prisoners will be taken. Col. Kolly was mortally wounded, and has since died. Several other ol the Federal troops were slightly wounded. P. 8. A late dispatch saya Col. K. Burvive8 and may recover.