The Confederate Flag In Russia 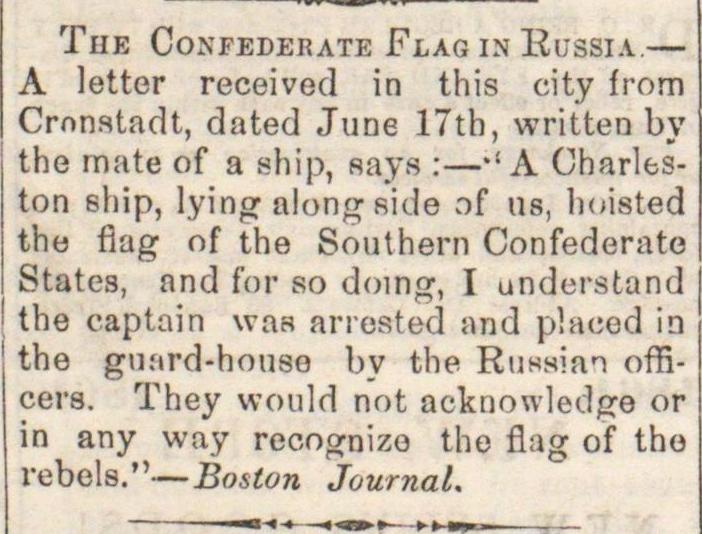 A letter received in this city {rom Crnnstadt, dated June 17th, written by the mate of a ship, says : - ' A Charleston ehip, lying along side of as, boisted the flag of the Southern Confedérate States, and for so doing, I understand I ' the captain was arrestad and placed in the gnard-house by the Russian officers. They would not acknonledge or in any way reoownizu the flag of tho rebels." - Boston Journal.