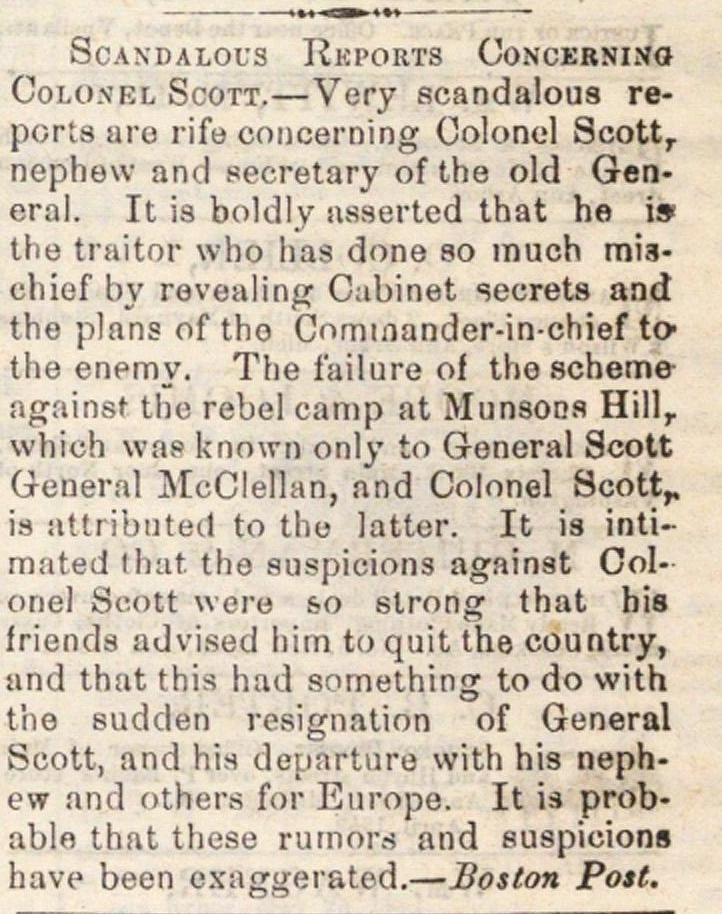 ports are rife concerning Colono! Scottr nephow and secretary of the oíd General. It ia boldly isserted that he i the tmitor who has done so much tnischief by revealing Cabinet secreta and the plans of tho Cnminander-in-chief t the enemy. The failure of tho scheme against tho rebel camp at Munsons Hillr whioh was known only to General Scott General McClellan, and Colonel Scottr s attributed to tho latte?. It is intimated Ihaf the suspicions against Colonel Scott were &o 6lrong that bis [rienda advisad bim toquit the country, und that this had something to do vvith the sudden resignation of General Scott, and his departure vvith his nephew and others for Europe. It is probablo that these rumors and auspicions have been