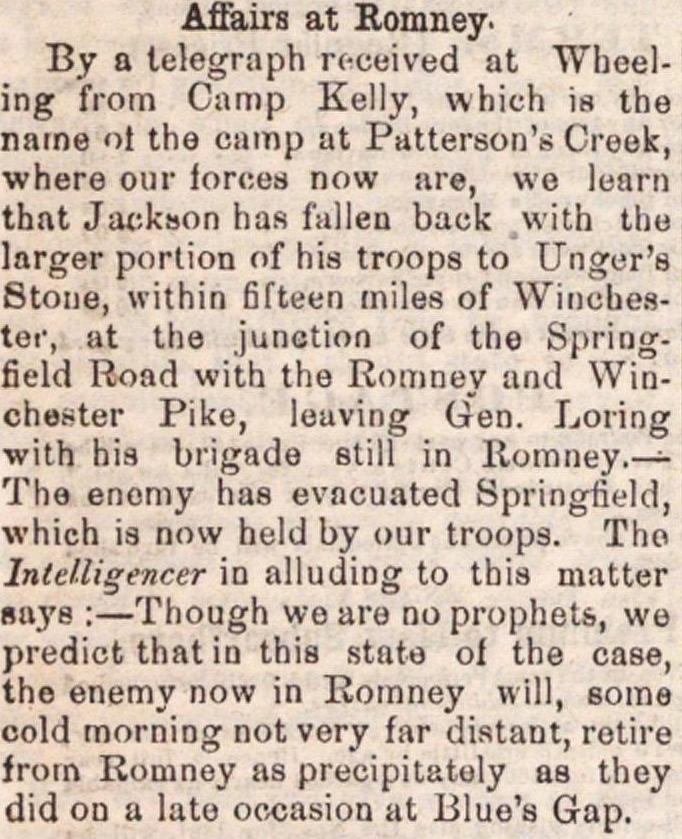 By a lelegraph received at Wheeling from Camp Kelly, which is the name of the camp at Putterson's Creek, where our forcea now ure, we learn that Jackson has fallen back with the larger portion of his troops to Unger's Stone, within fifteen miles of Wincbester, at the junction of the Springfield Road with the Romnev and Winchester Pike, loaving Gen. Loring ■with his brigade still in Romney.- The enemy has evacuated Springfield, which is now held by our troops. Tho Intdligencer in alluding to this matter ays : - Though we are no prophets, we predict that in this state ol the case, the enemy now n Romney vvill, eome cold morning not very far distant, retire froin Romnoy as precipitatuly as they did on a lato occasion at lilue's Gap.