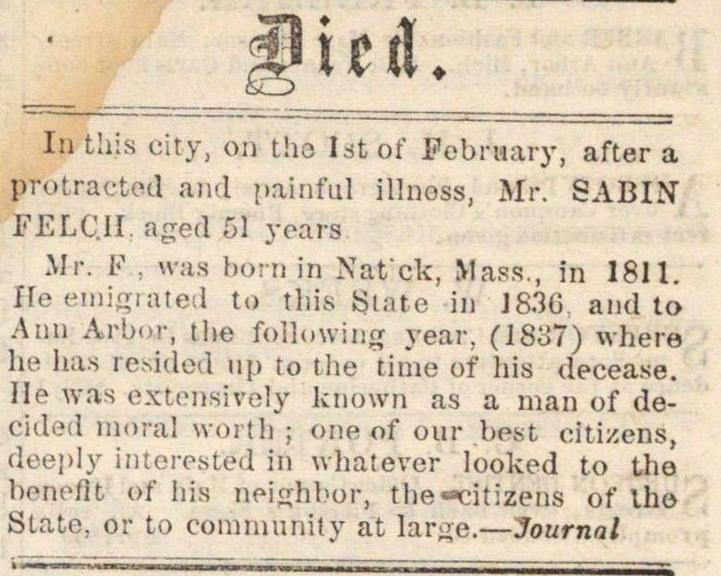 In this city, on the tst of February, after a protracted and painful illness, Mr. SABIN FELCH, aged 51 years Mr. F , was born in Natick, Mass., in 1811. He emigrated te this State n 1830 and lo Aim Arbor, the foliowirrg year. (1837) where he has resided np to the 'time of his decease. He was extensively known as a man of decided moral wortfa ; mm of our best citizens, deeply uterested in wliatever looked to tho bonWit ei liis npighbor, the-itizens of Iho Stato, or to community at lare. - Journal