An American Substitute For Tea 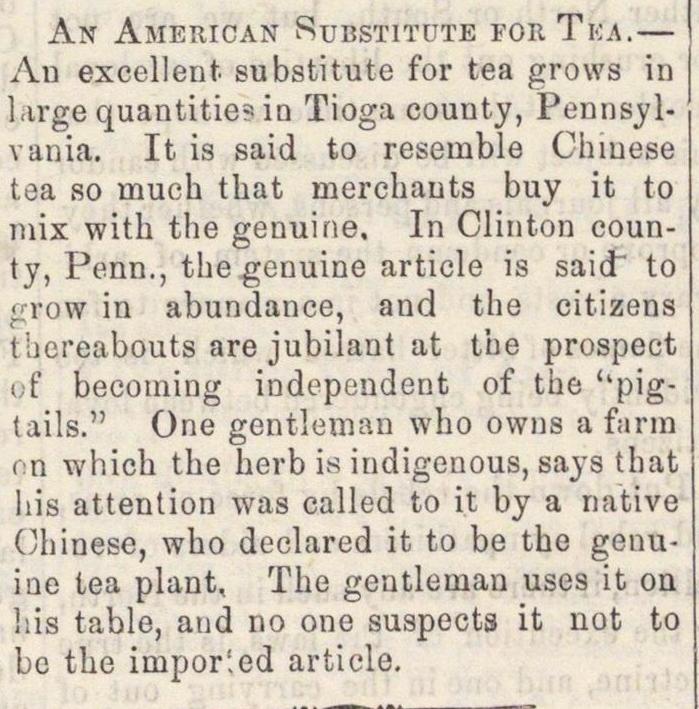 An excellent substituto for tea grows in Urge quantitie? in ïioga county, Pennsylvania. It is said to resemble Chínese tea so much that merchauts buy it to mix with the genuine. In Clinton county, Penn., tlie genuine article is said" to j;row in abundance, and the citizens thereabouts are jubilant at the prospect i-f beeoining independent of the ''pigtails." One gentleman who owns a farm on which the herb is indigenous, says tbat liis attention was called to it by a riative Chinese, who declared it to be the genuiae tea plant, ïhe gentleman uses it on !iis table, and no one suspects it not to be the imporíed article.