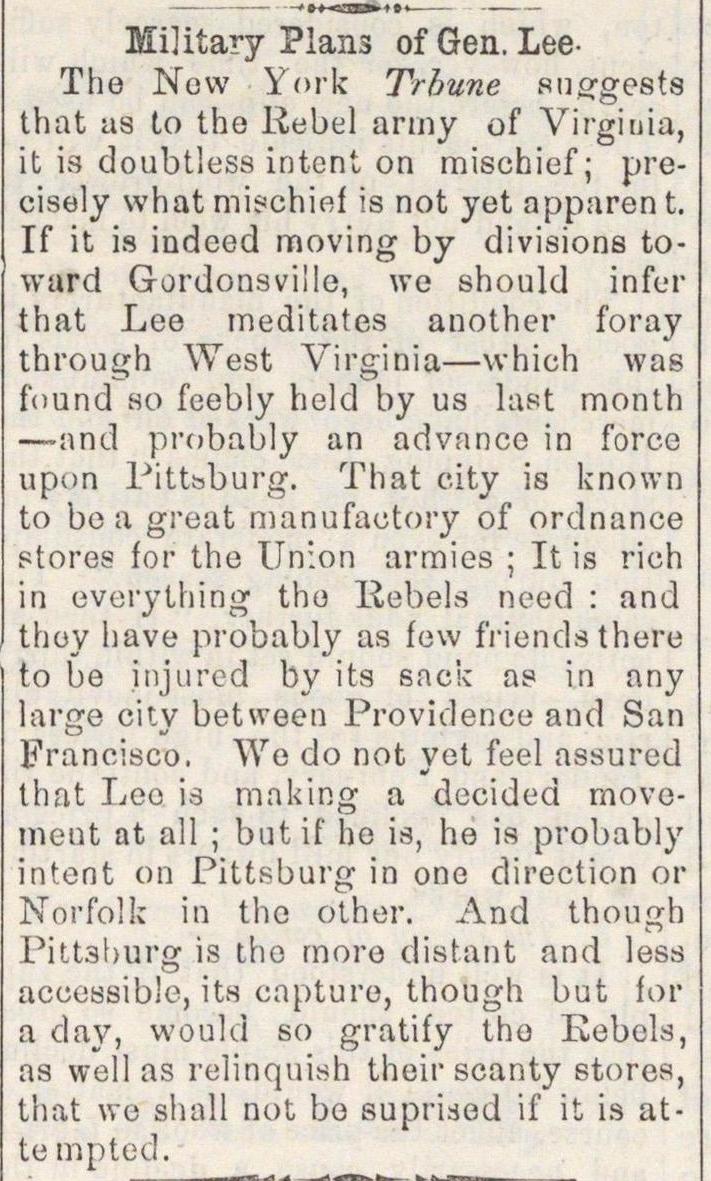 The New York Trbune sug-gests that as to the Rebel anny of Virginia, it is doubtless intent on mischief ; precisely what miíchieí is not yet apparen t. If it is indeed moving by divisiona toward Gordonsvüle, we should infer that Lee me dilates another foray through West Virginia - which was found so feebly held by us last month - and probably an advanco in forco upon Pittsburg. That city is known to be a great manufactory of ordnance stores for the Union armies ; It is rich in everything the Rebels need : and thoy have probably as few friends there to be jnjured by its Back as in any large city bet ween Providenee and San Francisco. We do not yet feel assured that Lee is making a decided movement at all ; but if he is, he is probably intent on Pittsburg in one direotion or Norfolk in tho ótber. And though Pittsburg is the more distant and less accessib'e, its capture, though but for a day, would so gratify tho Rebels, as well as relinquish their scanty stores, that we shall not bo supriaod if it is attempted.