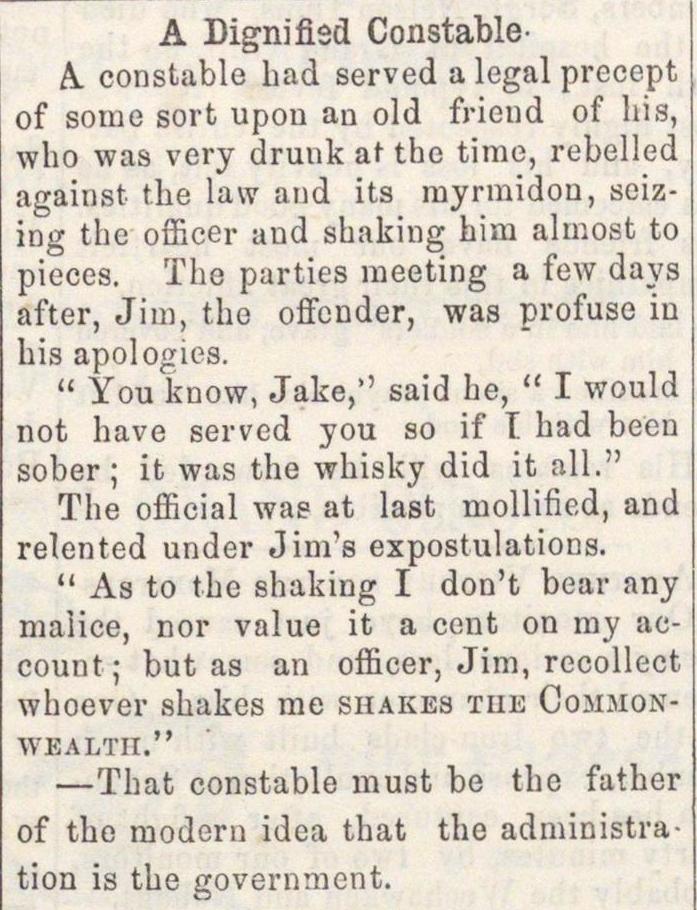 A. constable bad served a legal preoept of some sort upon an oíd frieud of bis, who was very drunk at the time, rebelled against tbe law and its rayrraidou, soizing tbe officer and shaking bim almost to pieces. Tbe parties meeting a few days after, Jim, the ofender, was profuse in bis apologies. " You know, Jake," said be, " I would not have served you so if I had been sober; it was the whisky did it all." The official was at last mollified, and relented under Jim's expostulations. " As to tbe shaking I don't any malice, nor valué it a cent on my account; but as an officer, Jim, recollect wboever shakes me shakes tuu Comjionwealtii." - That constable must be tbe fatber of tbe modern idea that the administration is tbe government.