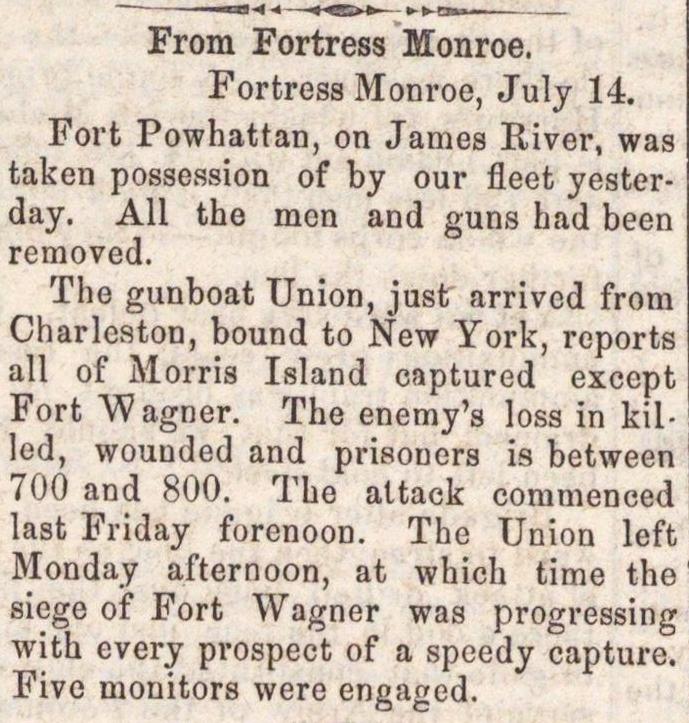 Fortress Monroe, July 14. Fort Powhattan, on James River, was taken possession of by our fleot yesterday. All the men and guns had been removed. The gunboat Union, just arrivcd from Charleston, bound to New York, reports all of Morris Island captured exeept Fort "Wagner. The enemy's loss in killed, wouuded and prisoners is between 700 and 800. The altack commenoed last Friday forenoon. The Union left Monday afternoon, at which time the siege of Fort Wagner was progressing with every prospect of a speedy capture. Five monitors were engaged.