Rebel Losses In The Late Battle 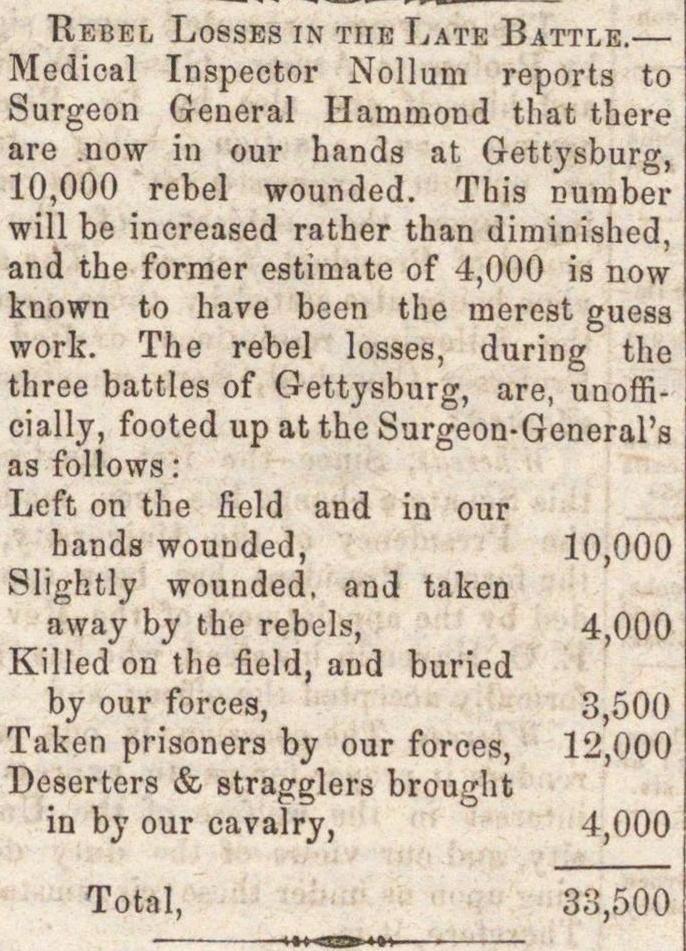 Medical Inspector Nollum reports to Surgeon General Hammond tliat there are .now in our hands at G-etty'sburg, 10,000 rebel wounded. This nuinber will be increased rather than diminished, and the former estímate of 4,000 is now known to have been the merest guess work. The rebel losses, during the three battles of Gettysburg, are, unofficially, footed up at the Surgeon-General's as follows: Left on the field and in our hands wouuded, 10,000 Slightly wounded, and taken away by the rebels, 4,000 Killed on the field, and buried by our forces, 3,500 Taken prisoners by our forces, 12,000 Deserters & stragglers brought in by our cavalry, 4,000 Total, 33,500