The Wealth Of Mexico 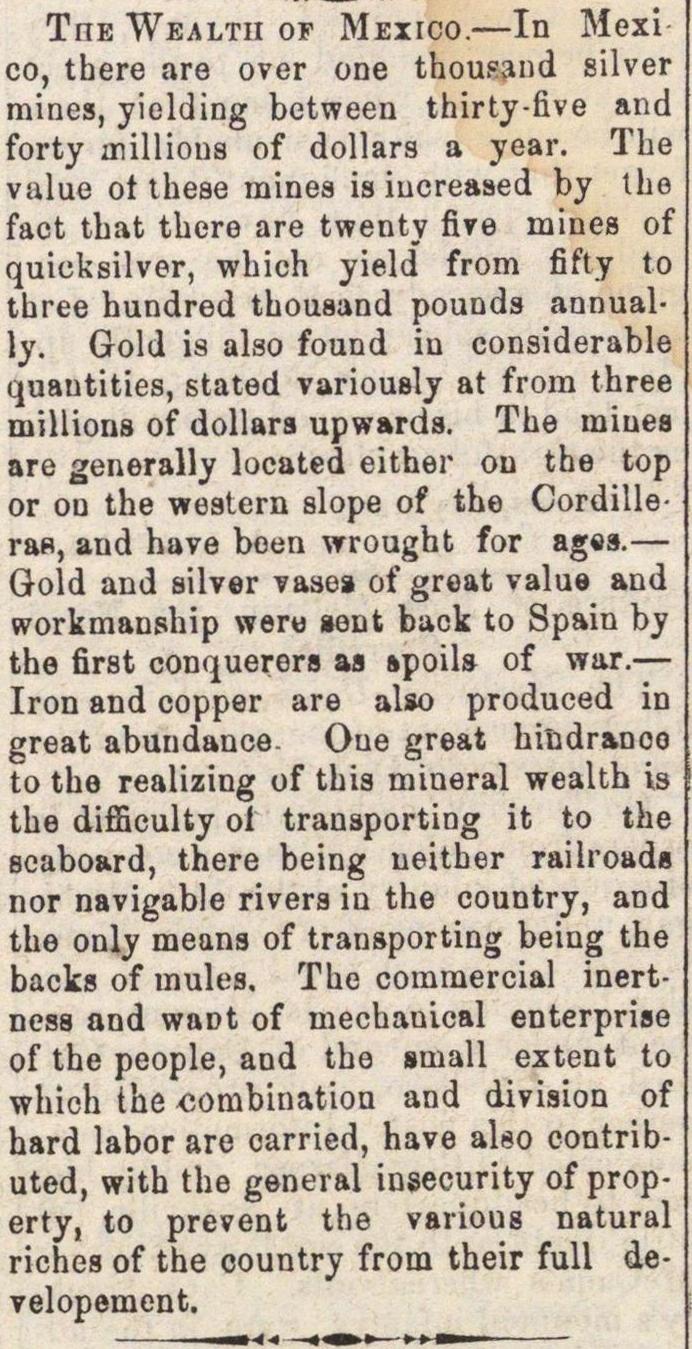 co, there are over one thousand silver mines, yielding between thirty-five and forty aiillions of dollars a year. The value ot these mines is ucreased by the fact that there are twenty five mines of quicksilver, whieh yield from fifty to three hundred thousand pounda annually. Gold is also found iu considerable quautities, stated variously at from three millions of dollars upwards. The mines are generally located either on the top or on the western slope of the CordillaraH, and have boen wrought for ags. - Gold and silver vase of great value and workmanship weru out back to Spain by the first conquerers as poil of war. - Iron and copper are also produced in great abuudance. One great hiüdr&noo to the realizing of this mineral wealth is the difficulty oí transporting it to the seaboard, there being ueither railroad nor navigable rivera in the country, and the only means of transporting being the backs of ïnules. The commercial inertness and waDt of mechanical enterprise of the people, and the mail extent to wliich the ombination and división of hard labor are oarried, have also eontributed, with the general insecurity of property, to prevent the various natural riches of the country from their full developement.