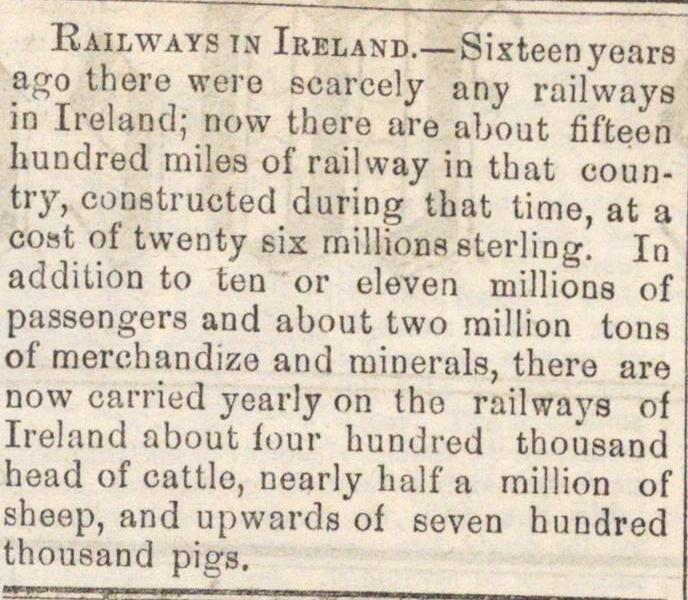 -Sixteenvears ago mere were scarcely any railwaya in Ireland; now there are about tifteon hundred miles of railway in that country, constructed during that time, at a cost of twenty six millions sterling. In addition to ten 'or eleven millions of passengers and about two million lons of merehandize and ruinerals, there are now carried yearly on tho railways of Ireland about iour hundred thousand head of cattlo, nearly half a million of sheep, and upwards of seven hundred thousand pigs.