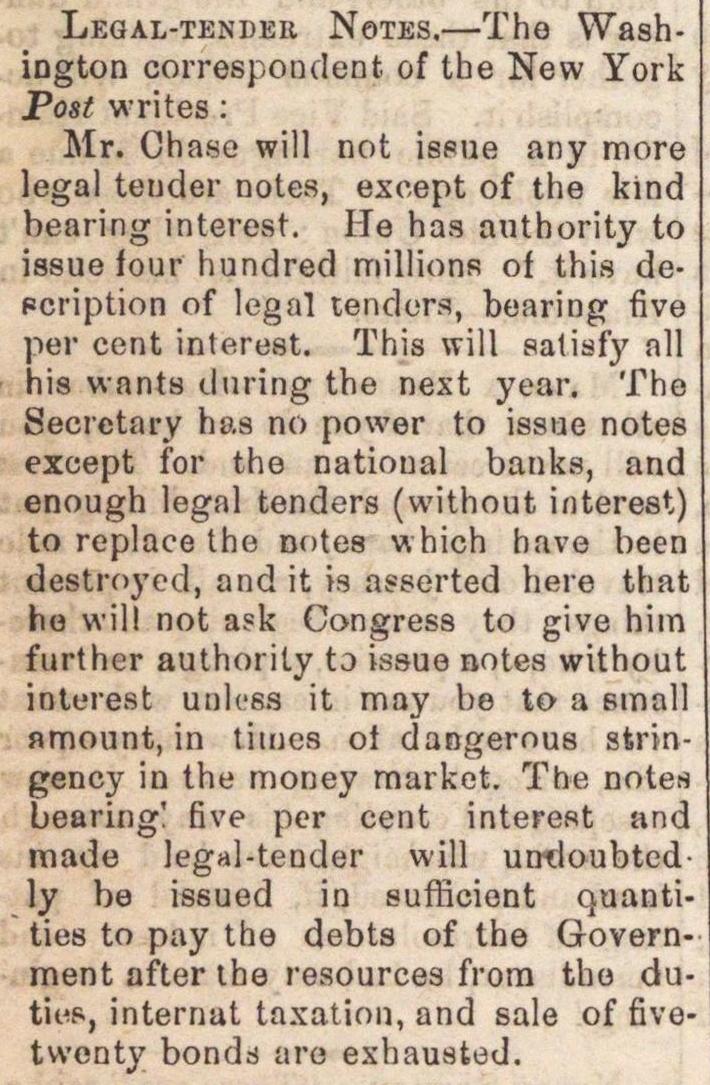 -The ington correspondent of tbe New York Post w rit es : Mr. Chase will not issue any more legal tender notes, exoept of the kind hearing interest. He has authority to issue four hundred millions of this depcription nf legal tenders, bearing five per cent interest. This will satisfy all his wants during the next year. The Secrctary has no power to issue notes except for the natioual bank, and enough legal tenders (without interest) to replace the notes which have been destroyed, and it is asserted here that ho will not a?k Congress to give hiin further authority to issue notes without interest unlcss it may be to a ettinll nmount, in times oí dangerous stringency in the money market. The notes bearing! five per cent interest and made legal-tender will untloubted ly be S6ued in sufficient quantities to pay the debts of the Government after the resources from the dutins, internat taxation, and sale of fivetwenty bonds iire exhausted.