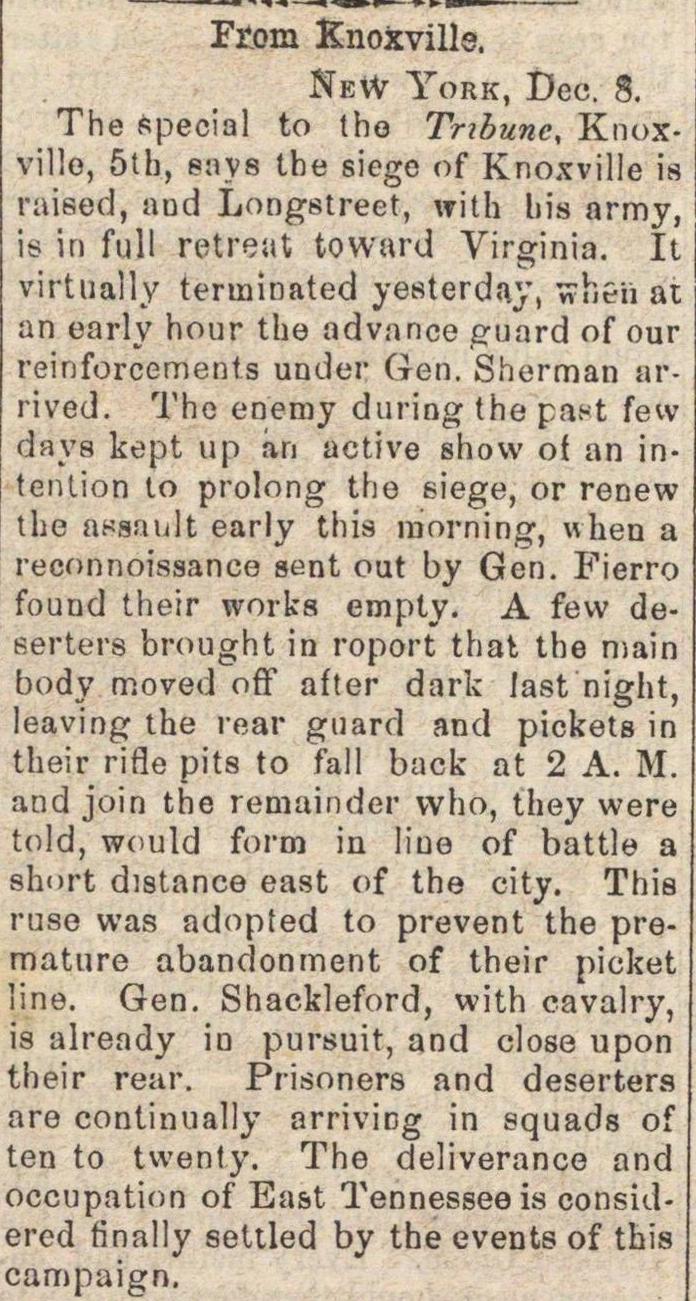 NeW York, Dec. S. The Special to tho Tribune, Knoxvillo, 5th, s:iv8 the siego of Knoxville is raised, aud Longstreet, trith bis army, is ín full ret reilt toward Virginia. It virtually teruainated yesterday, ñhén a an early bour the advance guard of ou reinforcements under Gen. Sherman ir rived. The eneroy during the past few days kept up an active show of an ineiUion lo prolong the eiege, or renew he assault early this morning, hen a econnoissanee sent out by Gen. Fierro found their works empty. A few deBrters brought in roport that the main ody moved off after dark Jast niglit, eaving the rear guard and pickets in heit rifle pits to fall back at 2 A. M. nd join the remainder vvho, they were told, wciuld form in line of battle a short distance east of the city. This ruse was adopted to prevent the premature abandonment of their picket 'ine. Gen. Shackleford, with cavalry, is alrendy in pursuit, and close upon their rear. Prisoners and deserters are continually arriving in squads of ten to tvveniy. The deliverance and occupation of East Tennesseeis considered finally settled by the events of this campaign.