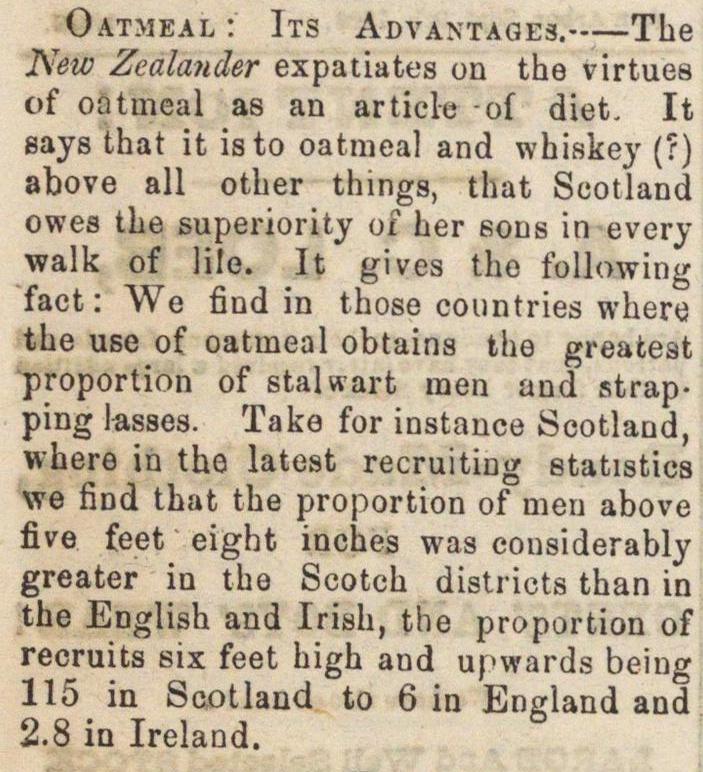 -The Netv Zealander expatiates on the virtues of ontmeal as an ar ticte of diet. It says that it isto oatmeal and whiskey (?) above all other things, that Scotland owes the superiority of her sous in every walk of lile. It gives tho following fact: We find in thoso countries where. the use of oatmeal obtains the greateat proportion of stal art men and strapping lasses. ïake for iostance Sootland, where in the latest recruiting statistics we find that the proportion of toen above five feet eight inches was cousiderably greater in the Scotch districts than in the English and Iriah, the proportion of recruits eix feet high and upwards being 115 in Scotlaud to 6 in England and 2.8 in Ireland.