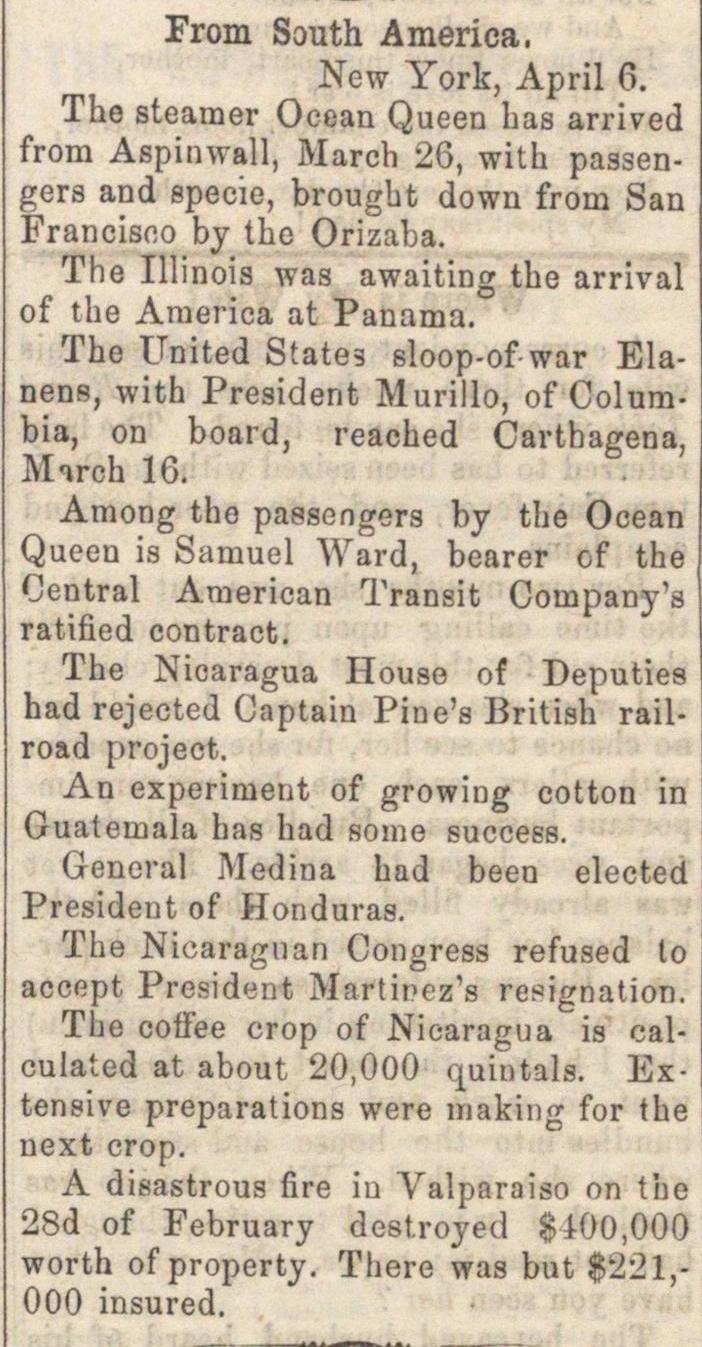 New York, April 6. The stearaer Ocean Queen has arrived from Aspinwall, Mareh 26, with passengers and specie, brougbt down from San Francisco by the Orizaba. The Illinois was awaiting the arrival of the America at Panama. The United State3 sloop-of war Elanens, with President Murillo, of Columbia, on board, reached Carthagena, Mirch IC. Among tho paesengers by the Ocean Queen is Samuel Ward, bearer of the Central American Transit Company's ratified contract. The Nicaragua House of Deputies had rejected Captain Pin e's British railroad project. An experiment of growing cotton in Guatemala has had some succees. General Medina had been elected President of Honduras. The Nicaraguan Congress refused lo accfipt President Martipcz's resignation. The coffee erop of Nicaragua is caloulated at about 20,000 quintáis. Extensive preparations were ïriaking for the next erop. A disastrous fire iu Valparaiso on the 28d of February destroyed $1-00,000 worth of property. There was but $221,000 insured.