Arrival Of The Persia 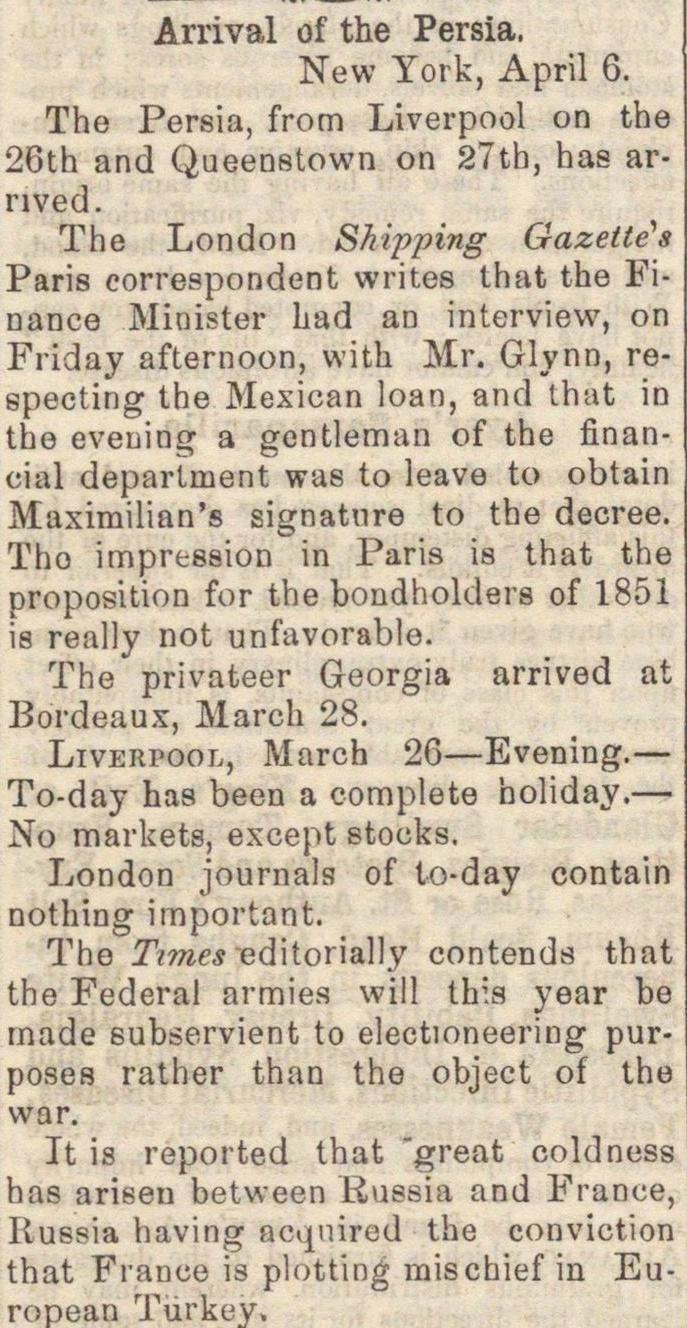 New York, April 6. The Persia, from Liverpool on the 26th and Queenstown on 27th, has arnved. The London Shipping Gazette's Paris correspondent writes that the Finance Minister had an interview, on Friday afternoon, with Mr. Glynn, respecting the Mexican loan, and that in the eveuing a gentleman of the financial department was to leave te obtain Maximilian's signature to the decree. Tho imprt-ssion in Paris ia that the proposition for the bondholders of 1851 is really not unfavorable. The privateer Georgia arrived at Bordeaux, March 28. Liverpool, March 26 - Evening. - To-day has been a complete holiday. - No markets, except stocks. London journals of to-day contain nothing important. The Times editorially contends that the Federal armies will this year bo made subservient to electioneering purposes rather than the object of the war. It is reported that "great coldness has arisen between Russia and France, Ilussia having ncquired the conviction that France is plotting misenief in European Turkey.