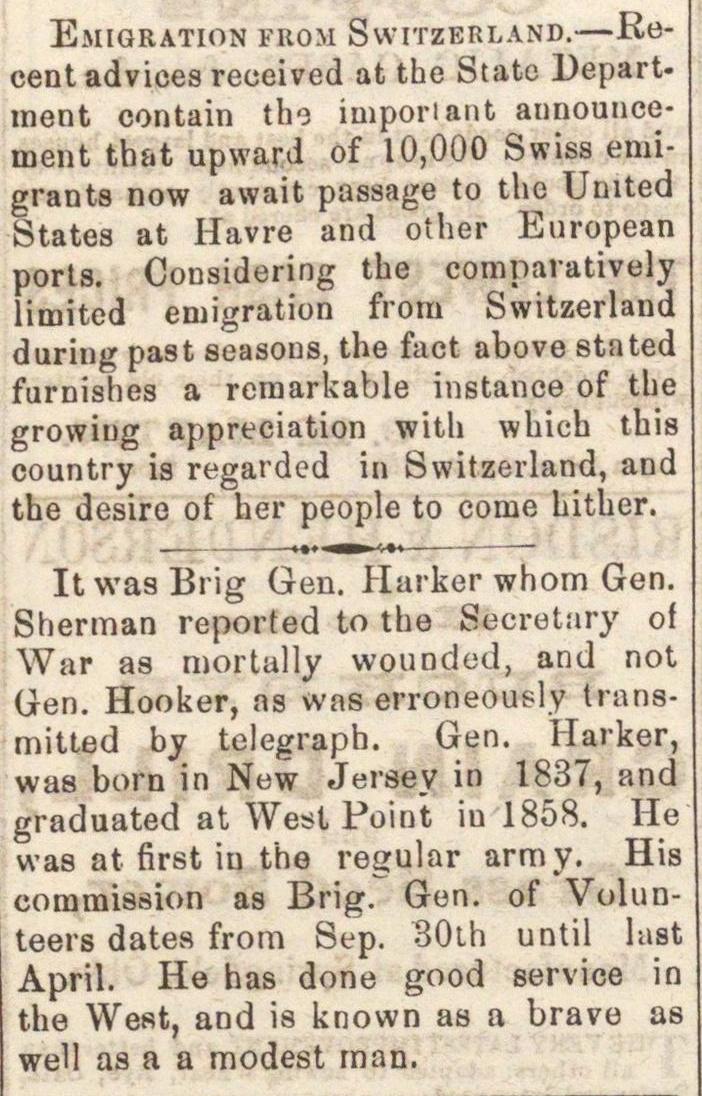 cent advices received at the State Department contain thj important announcement th&t upward of 10,000 Swiss emigrants now await passage to tho United States at Havre and other Eiiropean ports. Cousidering the compaiatively limited emigration frora Switzerland d uring past seasons, the fact abo ve stated furnishes a remarkable instanee of the growing appreeiation with which this country ia regarded in Switzerland, and the desire of her people to come hither. It was Brig Gen. Harker whom Gen. Sherman reported to the Sfcoretary oí War as mortully vvounded, and not Gen. Hooker, as was erroneously transmitted by telegraph. Gen. Harker, was born in New Jersey in 1837, and graduated at West Poiot iu 1858. He was at first iu the regular arm y. His commission as Brig. Gen. of Volunteers dates from Sep. 30th until list April. He has done good service in the West, and is known as a brave as well as a a modest man.