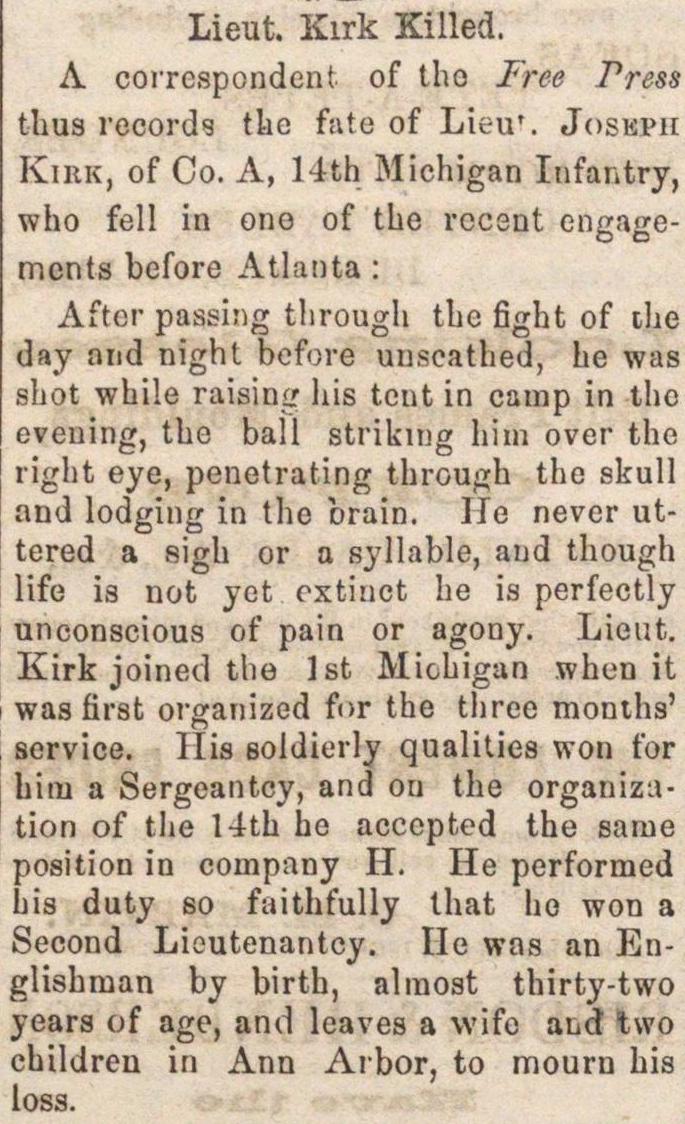 A correspondent of the Free Press thus records the fate of Lieu'. Joseph Kirk, of Co. A, 1-ith Michigan Infantry, who feil in ono of the recent engagements before Atlanta : Aftcr passing tlirougli tlic fight of the day and night before unseathed, he was shot while raising liis tent in camp in the ovening, the ball strikmg him over the right eye, penetrating through the skull and lodging in the brain. He never uttered a sigh or a syllable, aud though life is not yet oxtiuet he is perfectly uneonscious of pain or agony. Lieut. Kirk joined the Ist Michigan when it was first organized for the three months' service. His eoldierly qualitiea won for him a Sergeantcy, and on the organizution of the 14th he accopted the same position in company H. He performed his duty so faithfully that ho won a Second Lioutenantcy. He was an Englishman by birth, almost thirty-two years of age, and leaves a vvife aud two childreu in Ann Aibor, to mouro his loss.