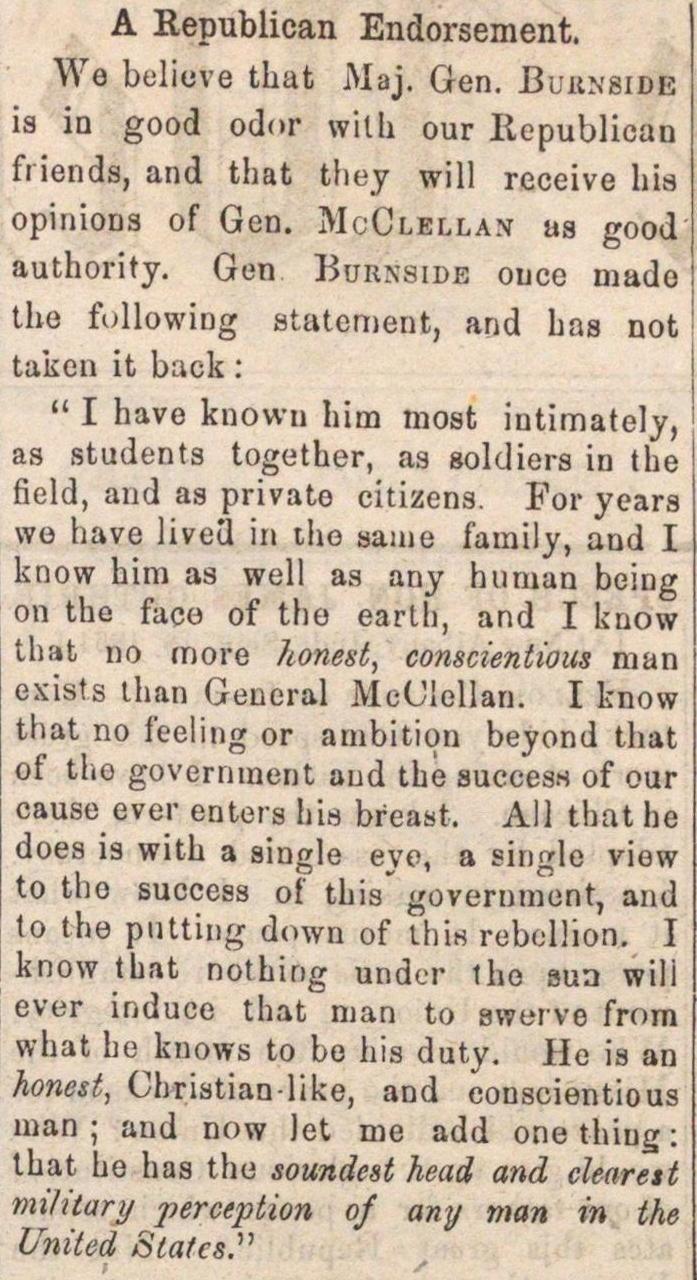 We beliuve that Maj. Gen. Bubnside is in good odor witli our Itepublican friends, and that they will receive Lis opinioDs of Gen. McClellan aa good authority. Gen Burxside once mado ! the fullowiDg staterDent, and has not taken it back : " I have known him most intimately, ' as students together, as soldiers in the i field, and as private citizens. For years we have liveQ in ilio same family, and I know him as well as any human being on the faco of the earlh, and I kuow that no more konest, conscientious man exists than General McClollan. I know that no feeling or ainbition beyond that of tlio governinent and the succesH of our cause ever enters his breast. All that he does is with a single evo, a single view to tho success of this" government, and to the putting down of thw rebcllion. I know that nothing ander tho aua wili ever induce that man to awerve from what he knows to bo his duty. He is an honest, Christian-like, and conscientious man; and now let me add onethiug: that he has thu soundcst head and clearett military perception of any man in the United States."