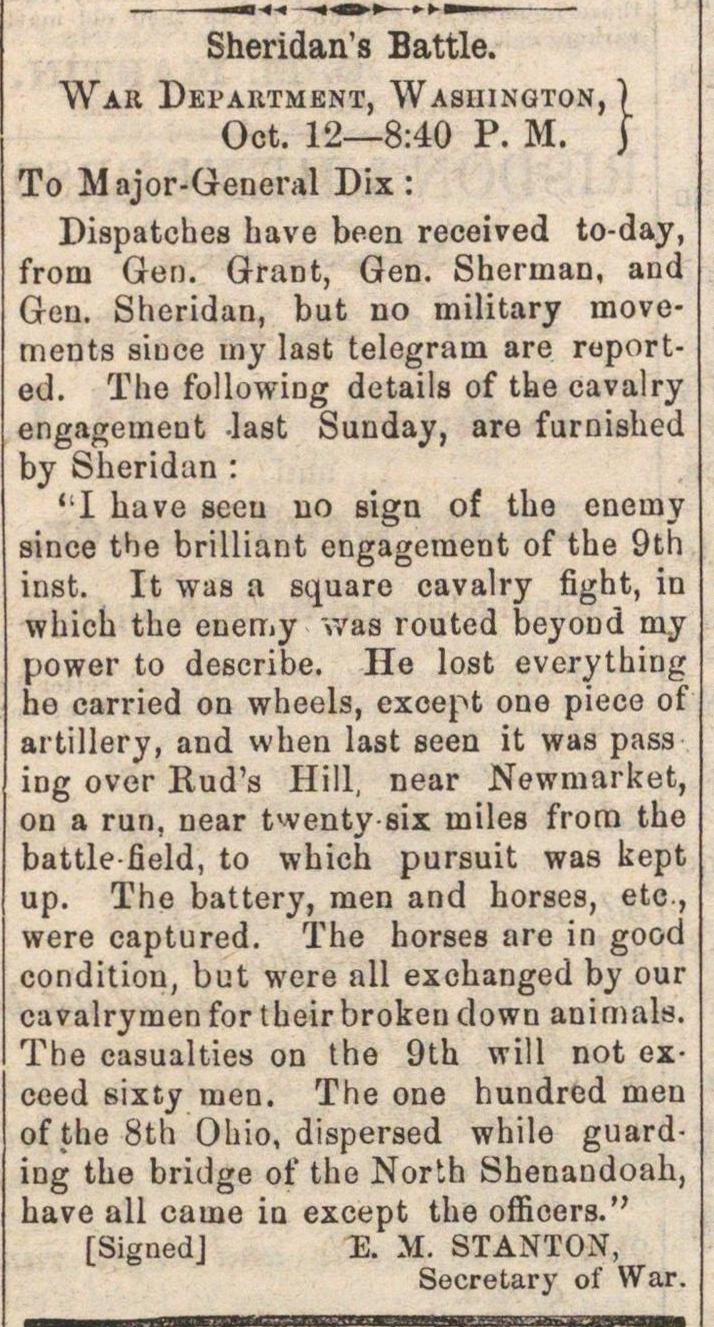 War Departmknt, Washington, ) Oct. 12-8:40 P. M. j To Major-General Dix : Dispatches have been received to-day, from Gen. Grant, Gen. Sherinan, and Geu. Sheridan, but no military movements siuce my last telegram are ruported. The following details of the cavalry engagement -last Sunday, are furnished by Sheridan : ;I have seeu no sign of the enemy sinee the brilliant engagement of the 9th inst. It was a square cavalry fight, in which the enemy vas routed beyond my power to desoribe. He lost everything he carried on wheels, exoept one piece of artillery, and when last seen it was pass ing over Rud's Hill, near Newmarket, on a run, near twenty six miles from the battle field, to wbich pursuit was kept up. The battery, men and horses, etc, were captured. The horses are in good condition, but were all exchanged by our cavalrymenfortheirbrokeu clown animáis. The casualties on the 9th will not exceed sixty men. The one hundred men oftheSth Ohio, dispersed while guarding the bridge of the North Shenaadoah, have all carne in except the offioers." [SignedJ E. M. STANTON, Secretary of War.