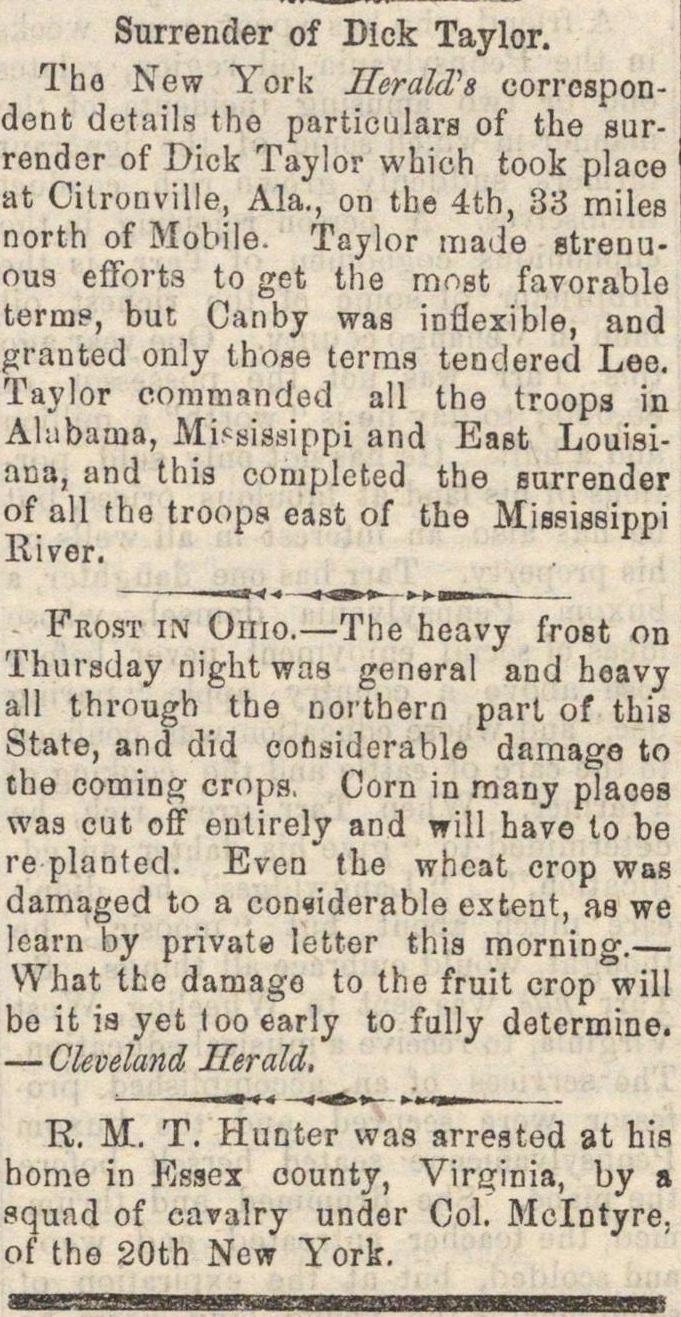 Tho New York HeraWs correspondent details the particulars of the surrender of Dick Taylor whioh took place at Citronville, Ala., on the 4th, 33 miles north of Mobile. Taylor made strenuous efforta to get the most favorablo term?, but Canby was inflexible, and granted only thoae terms tendered Lee. Taylor eommanded all the troops in Alabaina, Mii-sissippi and East Louisianttj and thïa complcted the surrender of all the troops east of the Mississippi River. Frost in Oiiio. - The heavy frost on Thursday night was general and heavy all through the nortbern pari of this State, and did considerable damago to the coming crops. Corn in many plaoes waa cut off entirely and will have to be re plantee!. Even the wheat erop was damaged to a considerable extent, as we learn by privata letter this morning. - What tfce damagG to the fruit erop will be it ia yet too early to fully determine. - Cleveland Herald, R. M. T. Hunter was arrested at his home n Essex county, Virginia, by a sqund of caralry under Col. Mclntyre. of the 20th New York.