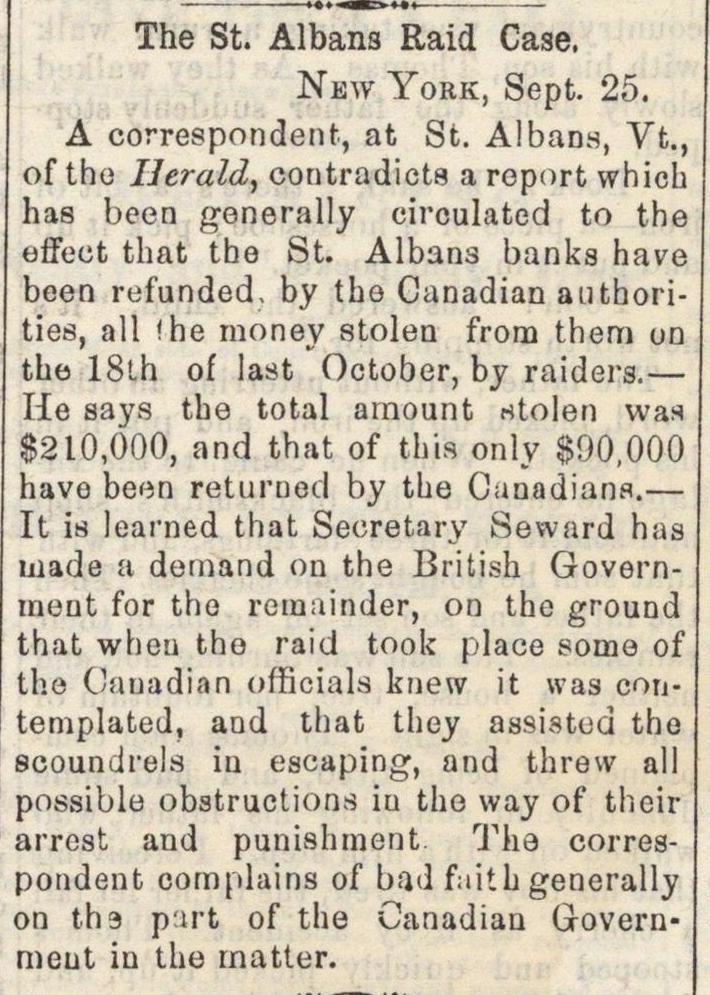 New York, Sept. 25. A correspondent, at St. Albans, Vt., of tho Ilerald, contradicts a report whicli has been generally circulatcd tr the effect that the St. Albans banks have been refunded. by tho Canadian authorities, all !he money stolen from them un the 18th of last October, by raiders. - He says tbe total arnount ntolen was $210,000, and that of this only $90,000 have been returnod by the Cauadians. - It is learned that Seoretary Seward has made a deinand on the British Government for tho romainder, on the ground that whon tho raid took place some of the Oaaadian officials knew it was contemplated, and that they assistud the scoundrels ia escaping, and threw all possible obstructions iu the way of their arrest and punishment 'J'ha correspondent complains of bad f ; i i t la generally on ths part of the Canadian Government in the matter.