The Paper Mill Of Chapin 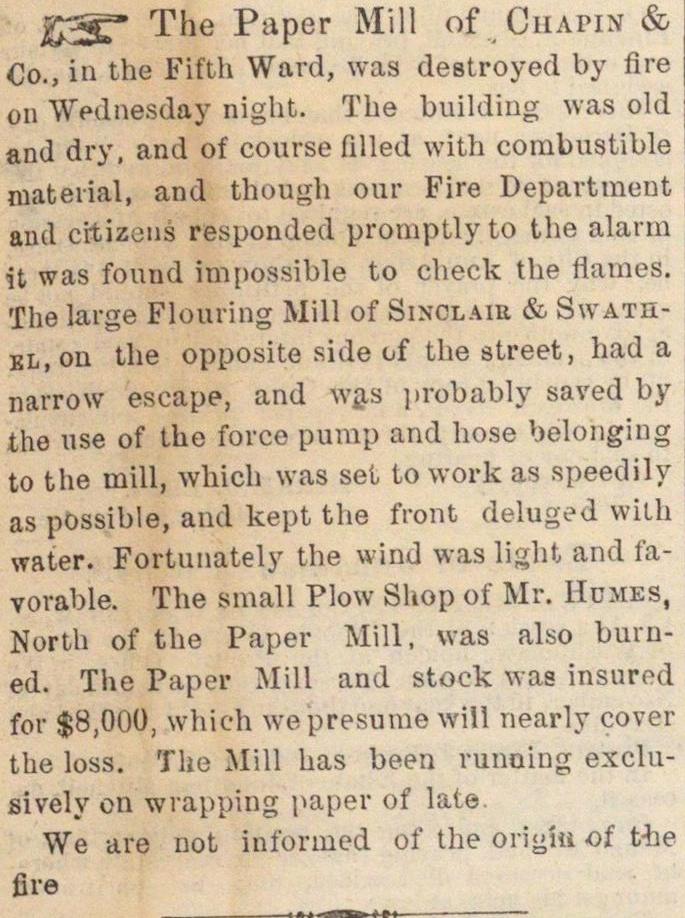 Co., in the Fifth Ward, was deetroyed by fire on Wednesday night. Tlie building was old and dry, and of course filled with combustible material, and though our Fire Departmeut and citizons responded promptlyto the alarm it was found impossible to check the flames. Tlie large Flouring Mili of Sinolaie & SwathBL.on the opposite sideof the street, had a narrow escape, and was probably saved by ihe use of the force pump and hose belonging to the mili, which was sel, lo woi-k as speedily as possible, and kept the front deluged with water. Fortunately the wind was light and favorable. The small Plow Shop of Mr. Hgmes, North of the Paper Mili, was also burued. The Paper Mili and stock was insured for $8,000, which we presume will nearly cover the loss. Tlie Mili has been running exclnsively on wrapping paper of late. We are not informed of the origftt f the fire