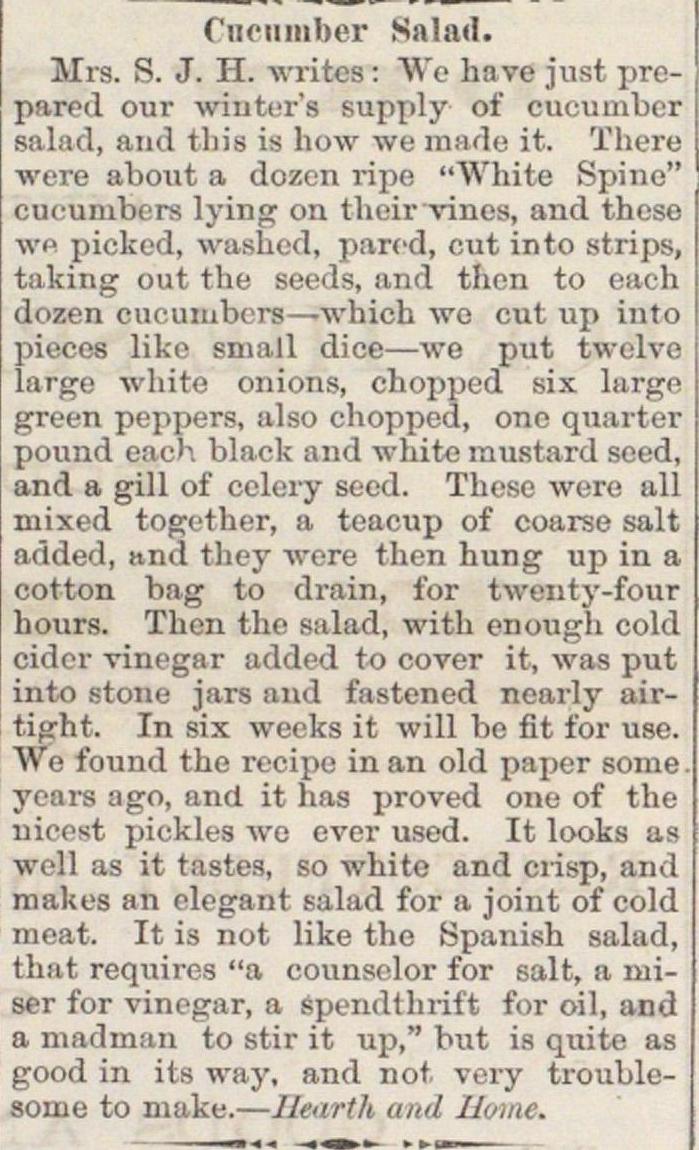 Mis. S. J. H. writes : We have just prepared our wintcr's supply of oucumber salad, aml tliis is how we made it. There were about a dozen ripo "White Spine" cucumbers lying on their vinos, and these wi' picked, waaEed, pared, cut into strips, takitig out the seeds, and then to each dozen cueumbers - which we cut up into piceos liko small dice - we put twolvc large white onions, chopped six lafgi green peppers, also tliopped, one quarter pound each black and white raustard seed, and a gilí of' celery seed. These were all mixed together, a teacup of coarse salt added, and they were then hung up in a cotton bag to drain, for twenty-four hours. Thon the Sitiad, with enough cold oider vincgiir added to cover it, was put into stone jars and fastened nearly airtight. In six weeks it will be fit for use. We found the recipo inan old paper some. years ago, and it has proved one of the Bloest pioklea we ever used. It looks as wl! us it tastes, so white and crisp, and maltes an elegant 8alad for a joint of cold meat. It is not like the Spanish salad, that requires "a counselor for salt, a niiser for vinegar, a spendthrift for oil, and a madman to stir it up," but is quite as Kood in its wav, and not verv sonue to make.-