Authors' Judgment Of Their Own Works 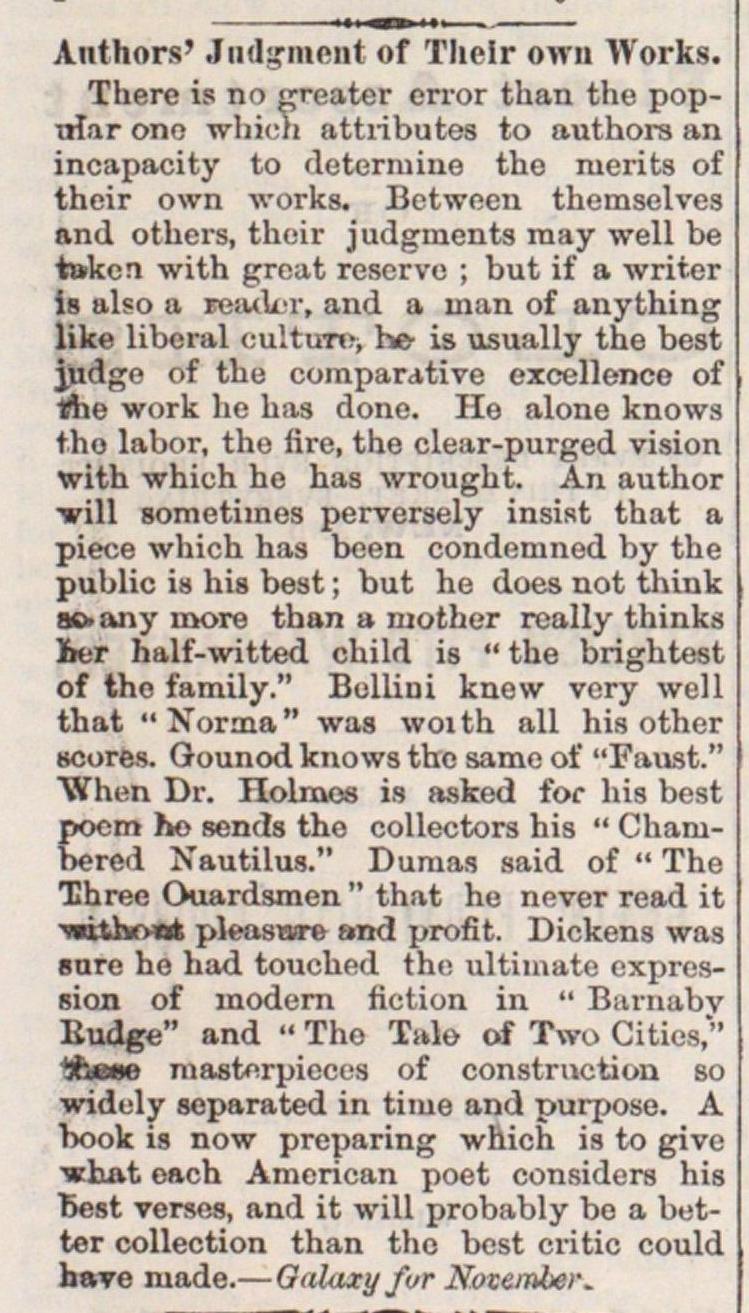 There is no greater error than the popniar ono which attributes to authors an incapacity to determine the merits of their own works. Between themselves and others, their judgments raay well be taken with groat reserve ; but if a writer is also a Mador, and a inan of anything like liberal culture-, is usually the best judge of the comparative excellence of Ifce work he has done. He alone knows tho labor, tho fire, the clear-purged visión with which he has wrought. An author ■will sometimes perversely insist that a piece which has been condemned by the public i his best ; but he does not think aoany more tban a niother rcally thinkg hor half-witted child is " the brightest of tho family." Bullini knew vcry well that "Norma" was woith all his other cores. Gounod knows the samo of "Faust." "When Dr. Holmes is asked for lus best poem ho senda the collectors his " Chambered Nautilus." Dumas said of " The Three Ouardsmen " that he never read it iwtbowk pleasnre and profit. Dickens was sure he had toucked the ultímate expression of modern fiction in " Burnaby Eudge" and " Tho Talo of Two Cities,'" iheme masterpieces of constmetiou so widely separated in time and purpose. A book is now preparing which is to givo what each American poet considere his Best verses, and it will probably be a better collection than the bost critic could