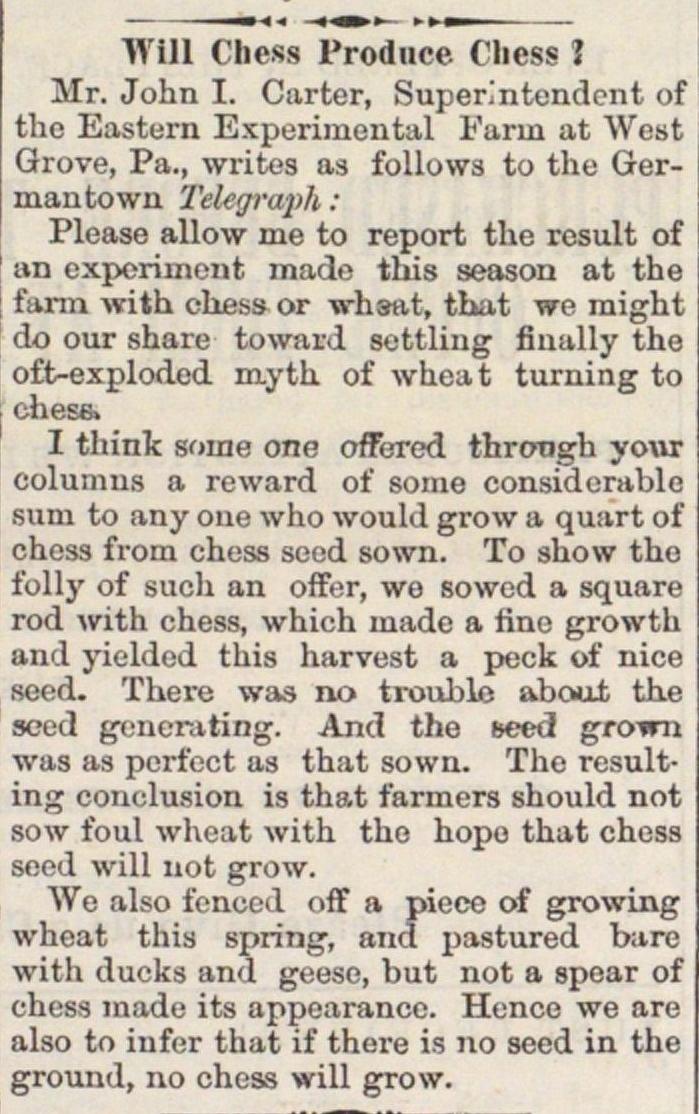 Mr. John I. Carter, Superintendent of the Eastern Experimental Farm at West Grove, Pa., writes as follows to the Germantown Telegraph : Please allow me to report the result of tin experiment made this season at the faiia with chess or whsat, that we raight do our share toward settling finally the oLt-exploded nxyth of wheat turning to chess I think soine one offered thrtrogh yowr columus a reward of some considerable snm to any one who would grow a quart of chess from chess seed sown. To show the folly of such an offer, we sowed a square rod with chess, which made a lino growth and yielded this harvest a peck of nice seed. There was no troublo abcmt the sced generating. And the seed grown was as perfect as that sown. The resulting conclusión is that farmers should not sow foul wheat with the hopo that chess seed will not grow. We also feneed off a piece of growing wheat this spring, and pastured bare with ducks and geese, but not a spear of chess made its appearance. Heneo we are also to iufer that if there is no seed in the ground, no chess will grow.