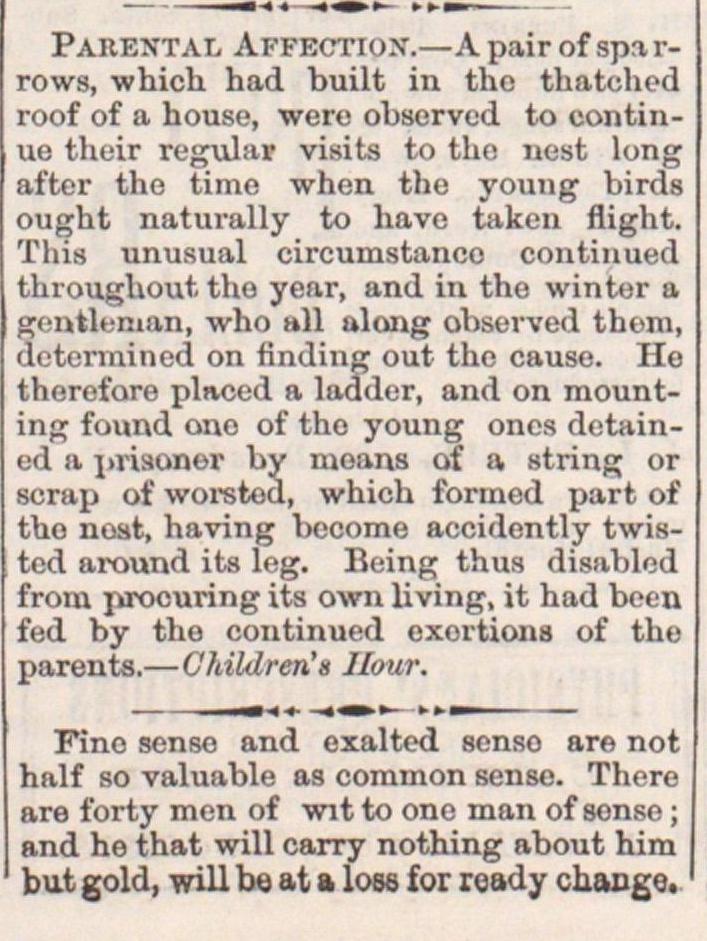 rows, which had built in the thatched roof of a house, were observed to continue thoir regular visits to the nest long after the time when the young birds ought naturally to have taken flight. This unusual circumstanco continued throughout tho year, and in the winter a gentleman, who all along observed thom, determined on finding out the cause. He thorefare placed a ladder, and on mounting found ono of tho young ones detoined a prisoner by nioans of a string or scrap of worstod, which formed part of tho ui st, having become accidently twisted around its íeg. Being thus disabled from procuring its own living, it had boen fed by the continued exortiona of the paren ts. - Chüdren's Ilour. Fino sense and exalted sonso are not half so valuable as common sense. Thore are forty men of wit to one man of sonse ; and he that will carry nothing about him but gold, will be at a loss f or road y chango.