Labor By The Hour 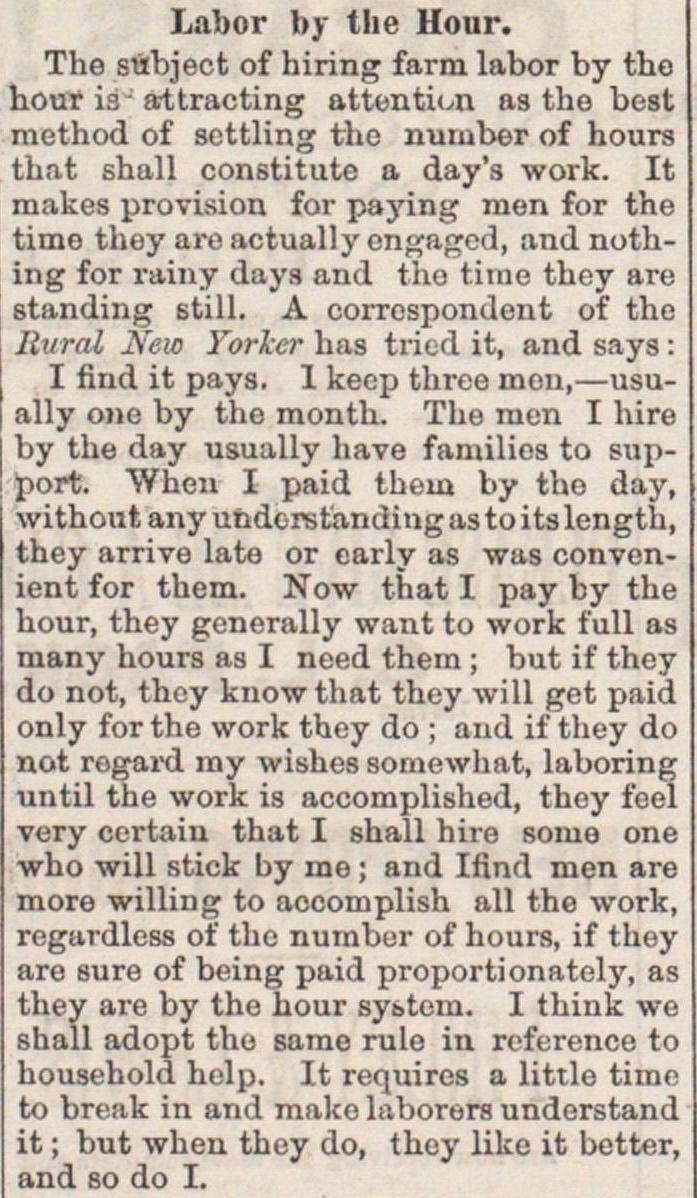 The subject of hiring farm labor by the hout is J ttttracting attention as the best method of scttling the number of hours that shall constitute a day's work. It makes provisión for paying raen for the timo they are actually ongaged, and nothing for rainy day and the time they are standing still. A correspondent of the Rural New Yorler has tried it, and says : I find it pays. 1 keep three men, - usually one by the month. The men I hire by the day usually have families to support. When I paid theia by tho day, without any uñders tanding as toitslength, they arrive late or early as wus convenient for them. Now that I pay by the hour, they generally want to work f uil as many hours as I need them ; but if they do not, they knowthat they will get paid only for the work they do ; and if they do not rogard my wishes somewhat, laboring until the work is accomplished, thoy foei very certaiu that I shall hire some one who will stick by me ; and Ifind men are more willing to accomplish all the work, regardless of the numbor of hours, if they are sure of being paid proportionately, as they are by the hour sybtcm. I think we shall adopt tho same rule in reference to household help. It requires a littlo timo to break in and mako laborera understand it ; but when they do, they like it botter, and 80 do I.